Violence, Journalism and Elections: A timeline of curbs on press freedom and attacks on journalists in Pakistan in the run-up to General Elections 2018 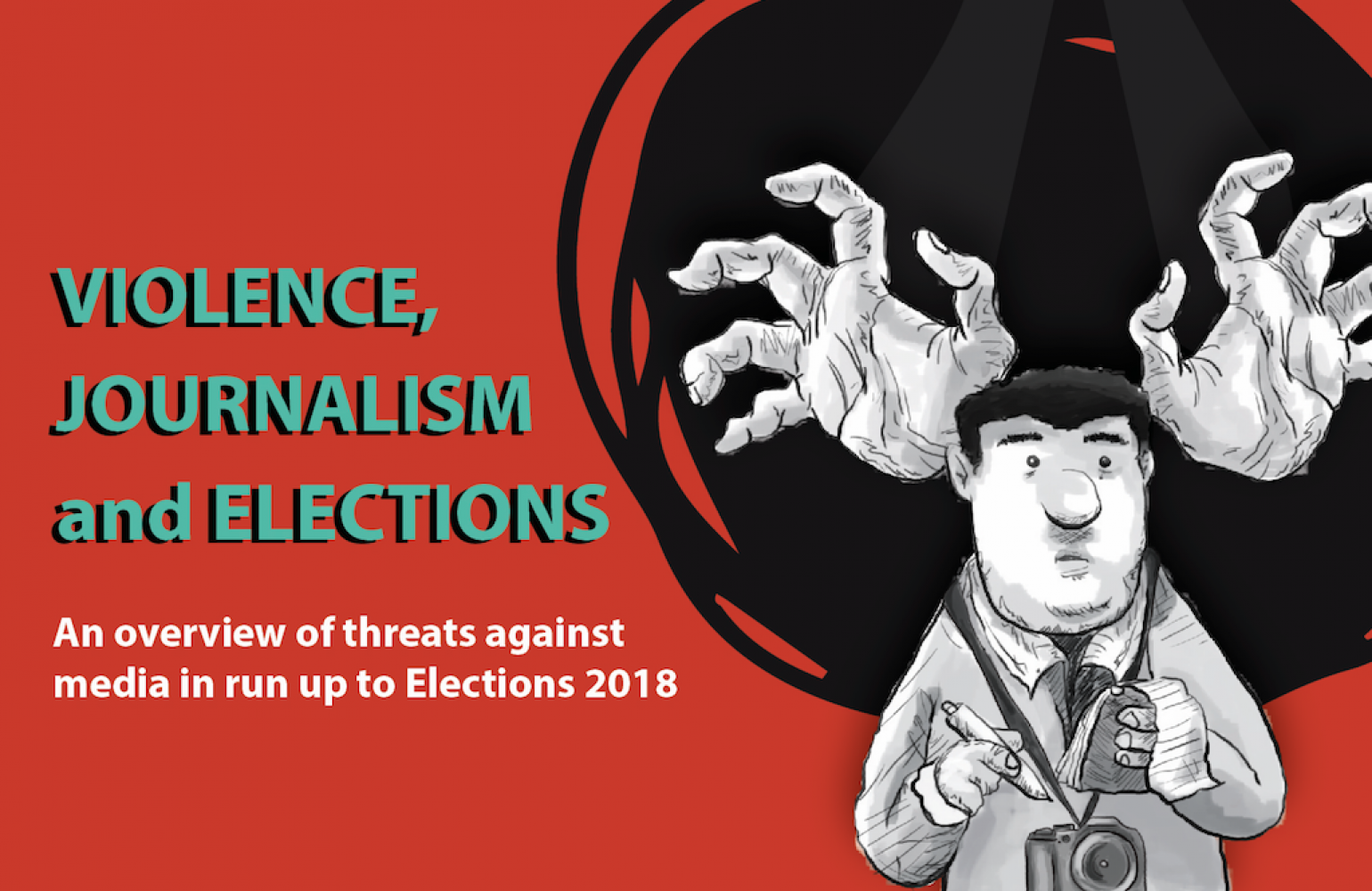 13 August 2018: In three months leading to General Elections 2018 in Pakistan, 28 cases of violence against journalists and curbs on media have been reported and documented by Media Matters for Democracy.

Pakistan has never been an easy country to practice journalism. Reporters without Borders had ranked it 139 out of 180 [countries] in the 2018 World Press Freedom Index. Deadly attacks against journalists continue to take place every year. Since the year 2000, more than 120 journalists have lost their lives in the line of duty. In another research survey conducted by MMFD earlier this year, as many as 88% of respondents [journalists] confessed to self-censoring themselves in their journalistic work.

In months leading to the General Elections 2018, however, Media Matters for Democracy has documented an unprecedented spike in the number of attacks on journalists, and curbs on / self-censorship by media. Only in April, May and June 2018, a total of 28 cases of murders, physical attacks, curbs, legal actions and self-censorship by the media outlets were recorded – ironically, highest in May 2018, a month that is known for the commemoration of the International World Press Freedom Day.

A key observation during this period of monitoring was that the threats to media freedom have moved beyond physical attacks, and now also impact media businesses, distribution of broadcast content, circulation of newspapers and other similar tactics. Another key observation was that social media platforms, mainly Twitter and Facebook were used to target journalists through organized digital hate-campaigns. Physical attacks including murders, however, remained the highest in recorded categories.

Surprisingly, the highest number of cases of attacks / curbs on media were documented in Punjab and the capital Islamabad. Historically, Sindh, Balochistan, and KP have the highest number of recorded journalists casualties, and so it is curious to see the number attacks on media freedom rising in Punjab and Islamabad before the General Elections, the two political hotspots of Pakistan.