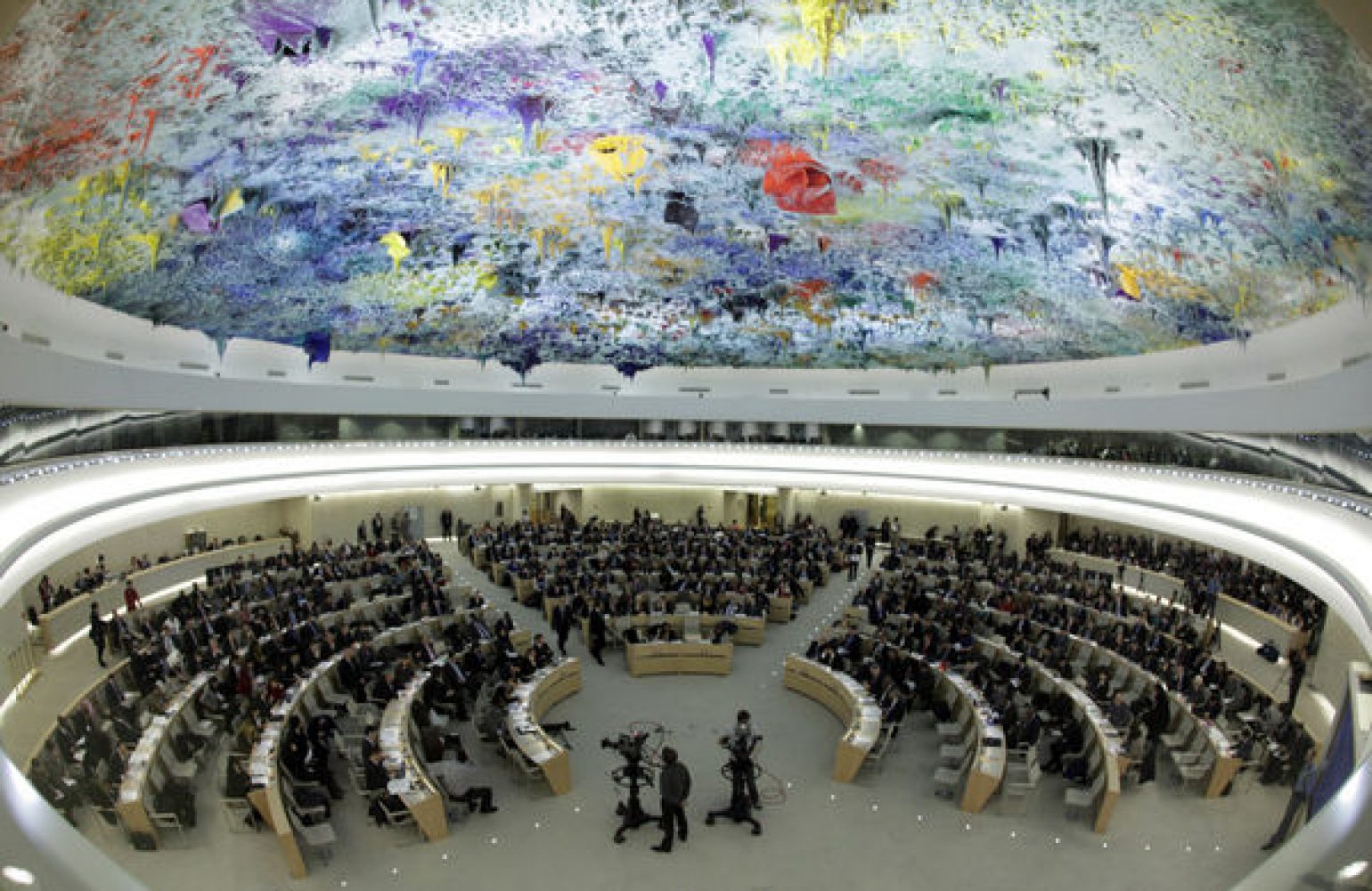 Islamabad, 17 June 2015: A joint statement was signed by Media Matters for Democracy which was submitted to the 29th Session of UN Human Rights Council, asking to ‘Promote Strong Encryption and Anonymity in the Digital Age’.

Media Matters for Democracy, a Pakistan based civil-society organisation is geared towards digital rights advocacy and calls for a stronger encryption and the right to be anonymous online. To further this agenda, MMfD along with international and national groups submitted a joint statement to the 29th Session of UN Human Rights Council, asking member states to promote and respect the right to be anonymous online.

The undersigned civil society organizations and independent experts work to promote human rights and press freedom online. We welcome the report of the Special Rapporteur on freedom of opinion and expression on the use of encryption and anonymity in digital communication (A/HRC/29/32), which was presented at the UN Human Rights Council on June 17.

We urge all governments to promote the use of strong encryption technologies and to protect the right to seek, receive, and impart information anonymously online. Any laws or regulations that restrict the use of encryption or anonymity online should be revised to comply with the strict three- part test the Special Rapporteur sets out in the report. We also urge information and communications technology (ICT) companies to broadly adopt encryption and other privacy- enhancing measures to safeguard the security of users.

The Internet has been enormously beneficial for the human rights movement and the work of journalists and independent civil society worldwide. Yet it has also created new risks for all users. As described in the 2014 report of the UN High Commissioner for Human Rights (A/HRC/27/37) on privacy in the digital age, digital technologies have enabled intrusive surveillance on an unprecedented scope and scale. Such surveillance can enable governments to violate professional confidentiality and identify journalistic sources, government critics, whistleblowers, or members of persecuted minority groups (such as LGBT people) and expose such individuals to retaliation. Ordinary users also face a range of online threats from overbroad state surveillance, identity thieves, and malicious actors.

As the Special Rapporteur’s report recognizes, strong encryption and anonymity are fundamental for the protection of cybersecurity and human rights in the digital age. Encryption and anonymity, separately or together, “create a zone of privacy to protect opinion and belief” (para. 12). Both are critical to the enjoyment of freedoms of opinion, expression, and association, the press, the right to privacy, and other rights.

Often without knowing it, Internet users rely on the security practices of ICT companies, including support for encryption, to shield their data from online threats. Human rights defenders, lawyers, and journalists use tools to encrypt their data and communications and protect their sources and contacts from reprisals. Indeed, many of the undersigned organizations and individuals rely on encryption in their daily work to ensure the safety of staff and associates. States have a duty to protect the right to privacy, and all Internet users should be able to experiment with and adopt client-to-client encryption and anonymity tools without obstruction by government regulation or corporate policies.

Governments also have an obligation to investigate and prosecute crimes and prevent terrorist attacks. In recent years, however, some governments have sought to restrict access to strong encryption or limit anonymity online in the name of national security or public order. The Special Rapporteur’s report reiterated that any “restrictions on encryption and anonymity must be strictly limited according to principles of legality, necessity, proportionality, and legitimacy in objective” (para. 56). Any public debate on the legitimacy of specific, individualized restrictions on encryption must consider the critical role that encryption and anonymity play to protect and promote human rights, press freedom, and online security. The Special Rapporteur further states that “blanket prohibitions” on encryption and anonymity “fail to be necessary and proportionate.” States should also “avoid all measures that weaken the security that individuals may enjoy online, such as backdoors, weak encryption standards and key escrows” (para 60).

Broad restrictions on the use of encryption and anonymity will not meet these criteria. For example, politicians and government officials in the US and UK have expressed concern that increased use of encryption in social media services or on mobile devices will make it more difficult to investigate terrorist threats. Some have urged companies to insert “back doors” or other vulnerabilities that would allow law enforcement to circumvent these protections.1

Yet as the Special Rapporteur confirms, “In the contemporary technological environment, intentionally compromising encryption, even for arguably legitimate purposes, weakens everyone’s security online” (para. 8). Introducing weaknesses into digital architecture for the purposes of surveillance weakens the security of the Internet as a whole, undermining security rather than enhancing it, and conflicts with the state duty to protect the right to privacy.

We urge states to adopt and implement the report’s core recommendations:

The Special Rapporteur also called on the private sector to review the adequacy of their practices with regard to the responsibility of business to respect human rights. Adequate human rights due diligence for ICT companies should involve assessing threats to the security of Internet users, including from overbroad state surveillance, and developing strategies to mitigate human rights harm. The security practices of ICT companies can significantly promote or compromise encryption and anonymity (along with human rights) online. In particular, the integration of encryption into everyday Internet services and products, such that it is ubiquitous and automatic, would dramatically improve the communications security of anyone who uses the Internet.

Accordingly, we also call on ICT companies to: