PFUJ and MMfD call upon the Senators to standby their expressed commitments and redraft PECB 2016 – submits a petition in Senate signed by journalists, anchorpersons and activists

Pakistan Federal Union of Journalists, the national union of journalists and media workers, and Media Matters for Democracy, a not-for-profit geared towards media rights advocacy expressed concerns over the extremely repressive Prevention of Electronic Crimes Bill 2016 and its possible implications on journalists and journalism in Pakistan. The representatives of both groups, along with journalists from Rawalpindi and Islamabad gathered in the National Press Club on 31st May and hosted a consultation with Senators to share these concerns.

PFUJ and MMfD, post consultation, initiated an online petition to get senior journalists, anchorpersons and activists on-board and collectively submit concerns to the Senate authorities. The petition was submitted to a dropbox through Senate of Pakistan’s website on 10th June 2016 and read as follows: 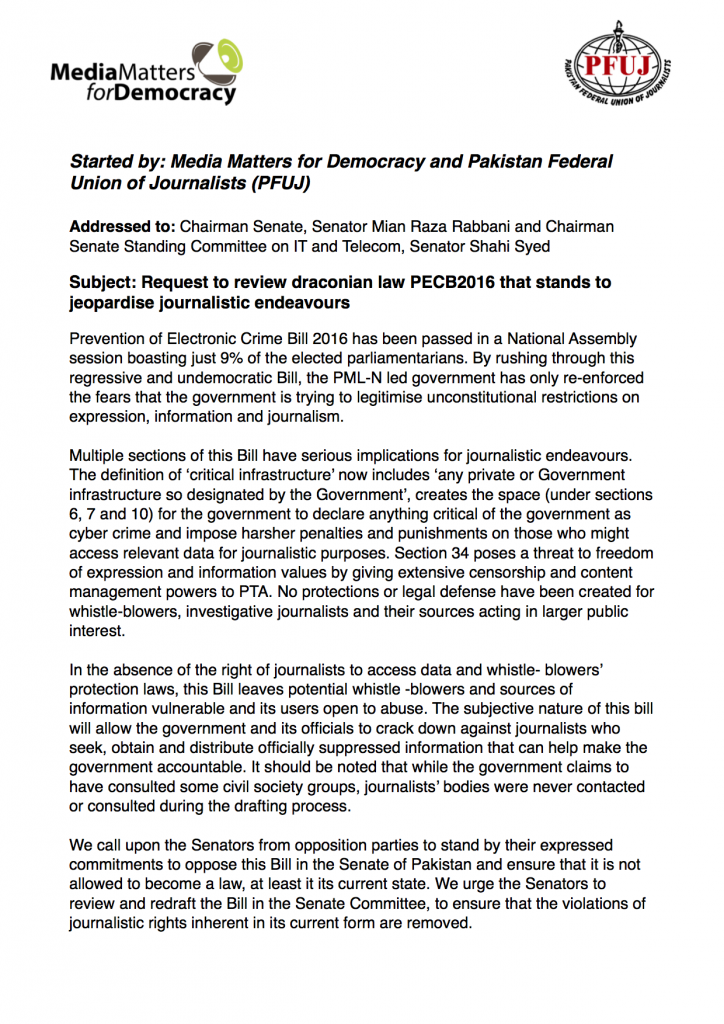 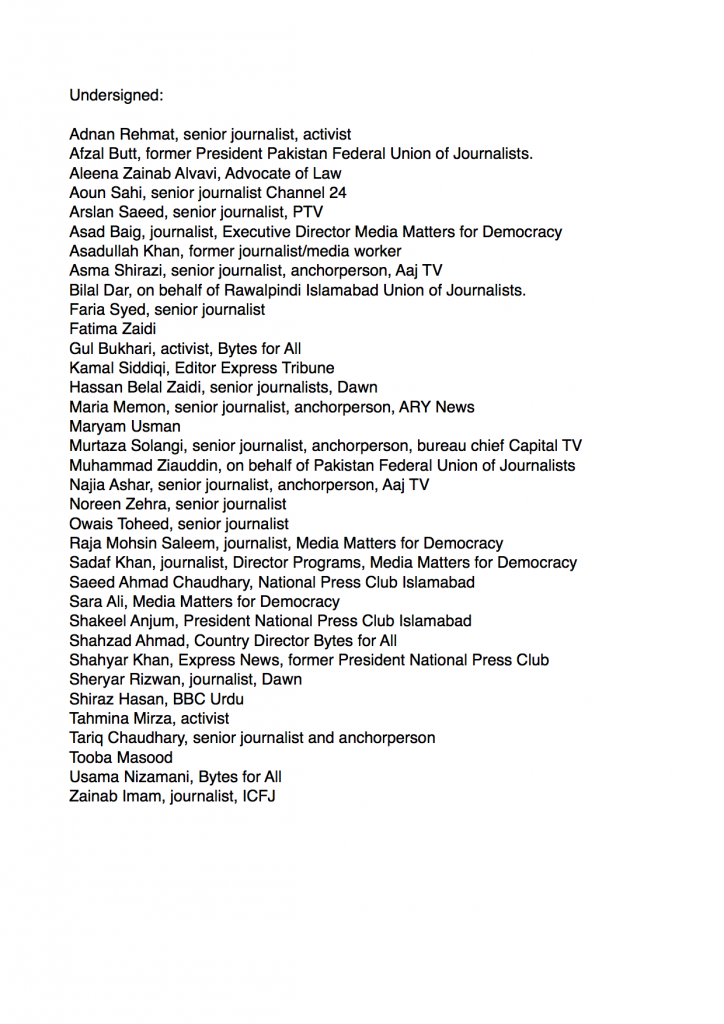