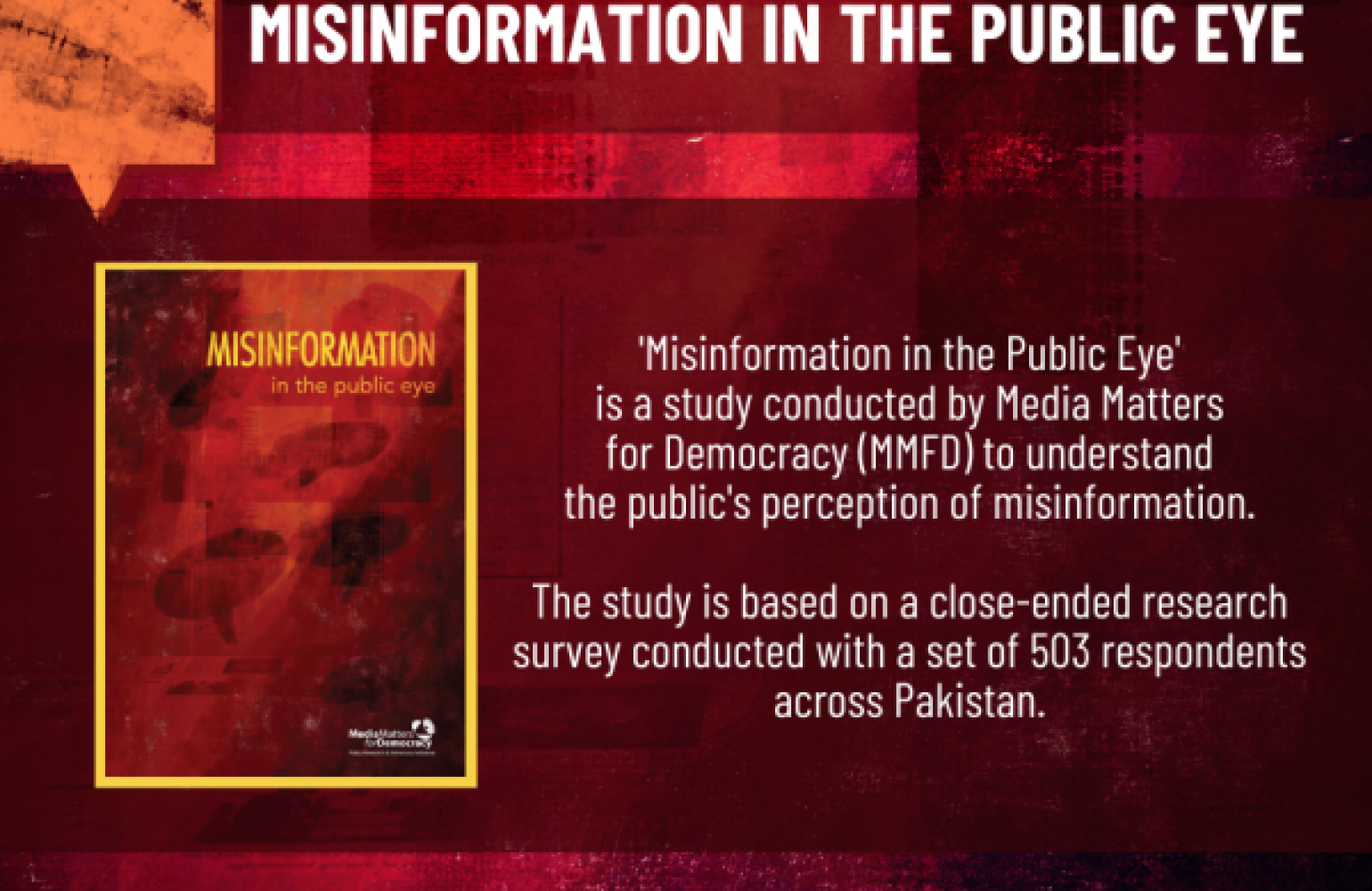 – Contrary to the assertions made by many popular political leaders across the world, 9 out of 10 respondents believe that journalists do not contribute to the spread of misinformation

ISLAMABAD (10 February, 2020) – A significant majority of the public feels that misinformation is a challenge for Pakistan, finds a new study conducted by Media Matters for Democracy (MMfD). The study finds that the number of respondents who blame politicians and political parties for spreading misinformation is two times more than those who blame media and journalists for doing so.

Misinformation – in the public eye launched on Thursday is an exploratory study by MMfD that aims to create a basic groundwork for further research on the subject of misinformation and its perception in public. It is based on a close-ended research survey of 503 respondents across Pakistan.

Three in ten respondents have a low level of trust in the news media while 6 in 10 have an ‘average’ level of trust.  About 5 in 10 respondents feel that the media is not free of political and economic influences.