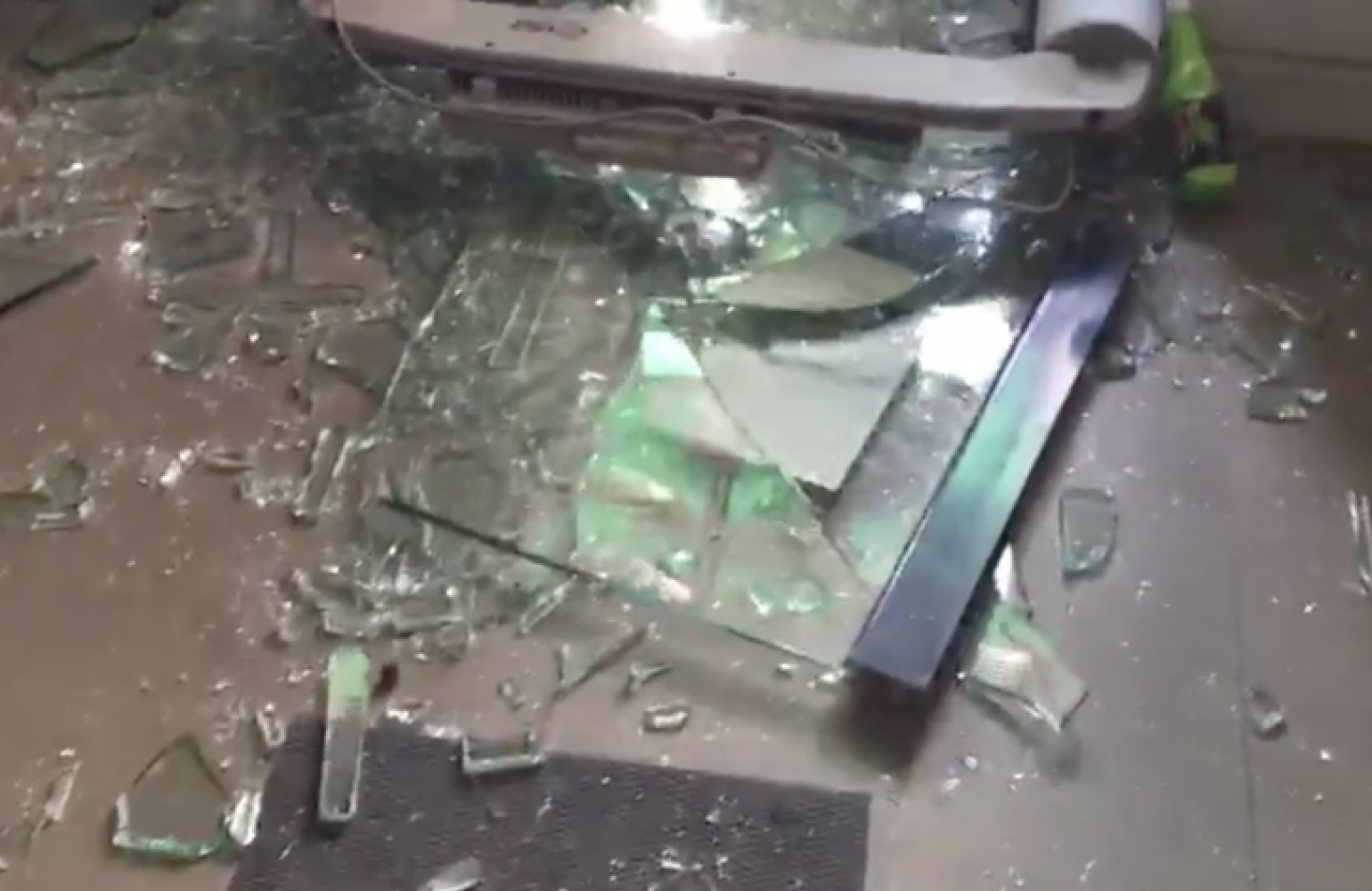 Islamabad, 23 February 2021 — Media Matters for Democracy strongly condemns the attack on the head office of Geo News and the Jang group. We are deeply concerned about the safety of the media group’s journalists and staff, who were targeted in the assault and subjected to threats and intimidation.

We request the Sindh government to immediately conduct an impartial investigation of the incident to bring the perpetrators to justice.

On Sunday afternoon, a group of protesters attacked the Geo/Jang head office on I.I. Chundrigar Road in Karachi and charged through the main gate of the building after manhandling the security staff, according to a Daily Jang news report. The violent protesters, who were reportedly carrying stones and batons, broke a walk-through gate, vandalised the reception area of the news office, tried to seize news cameras, and beat up the staff, according to Geo News Karachi bureau chief Faheem Siddiqui. Footage aired by Geo News showed shattered glass scattered across the floor of the building’s reception. The protesters then staged a sit-in outside the office and chanted slogans against the media group.

The protesters were reportedly angry about comments issued by the host of the Geo News political satire show, Khabarnaak, during a recent episode of the programme. The host, Irshad Bhatti, apparently made a reference to the political disregard for the poverty in the province using language that was perceived as derogatory and offensive. Bhatti later apologised for any offence caused by his statements.

Geo News journalists said the protest was announced in advance and complained that the authorities did not make any arrangement to manage the protesters. According to the Jang news report, the police did not intervene while the attack was taking place. The report stated that police later arrested 18 individuals and had kept 13 people for further questioning.

It should be noted that news organisations, including Geo News, and journalists have been targeted with assaults and acts of vandalism in the past for their news coverage. This is a dangerous trend, designed to intimidate news organisations into modifying their independent news reporting.

We echo the comments of Geo News Managing Director Azhar Abbas that every citizen has the right to peaceful protest but people should not take the law in their own hands to violently attack news organisations.

Acts of violence and aggression against journalists and news organisations create serious concerns for journalists’ safety, undermine press freedom, and develop an environment of fear and intimidation for free expression in the country.

We appreciate that the Sindh Chief Minister, information minister, and the Inspector General of Sindh Police have taken notice of the incident and assured personal supervision of the investigation.

Media Matters for Democracy calls upon the authorities to conduct an efficient and effective investigation into the violent attack on the Geo News and Jang group head office and try the perpetrators according to relevant laws. Unless that happens, the impunity in crimes against journalists and news organisations cannot be challenged.

We also request the authorities to be mindful of the safety of media organisations and journalists during similar protests in the future.