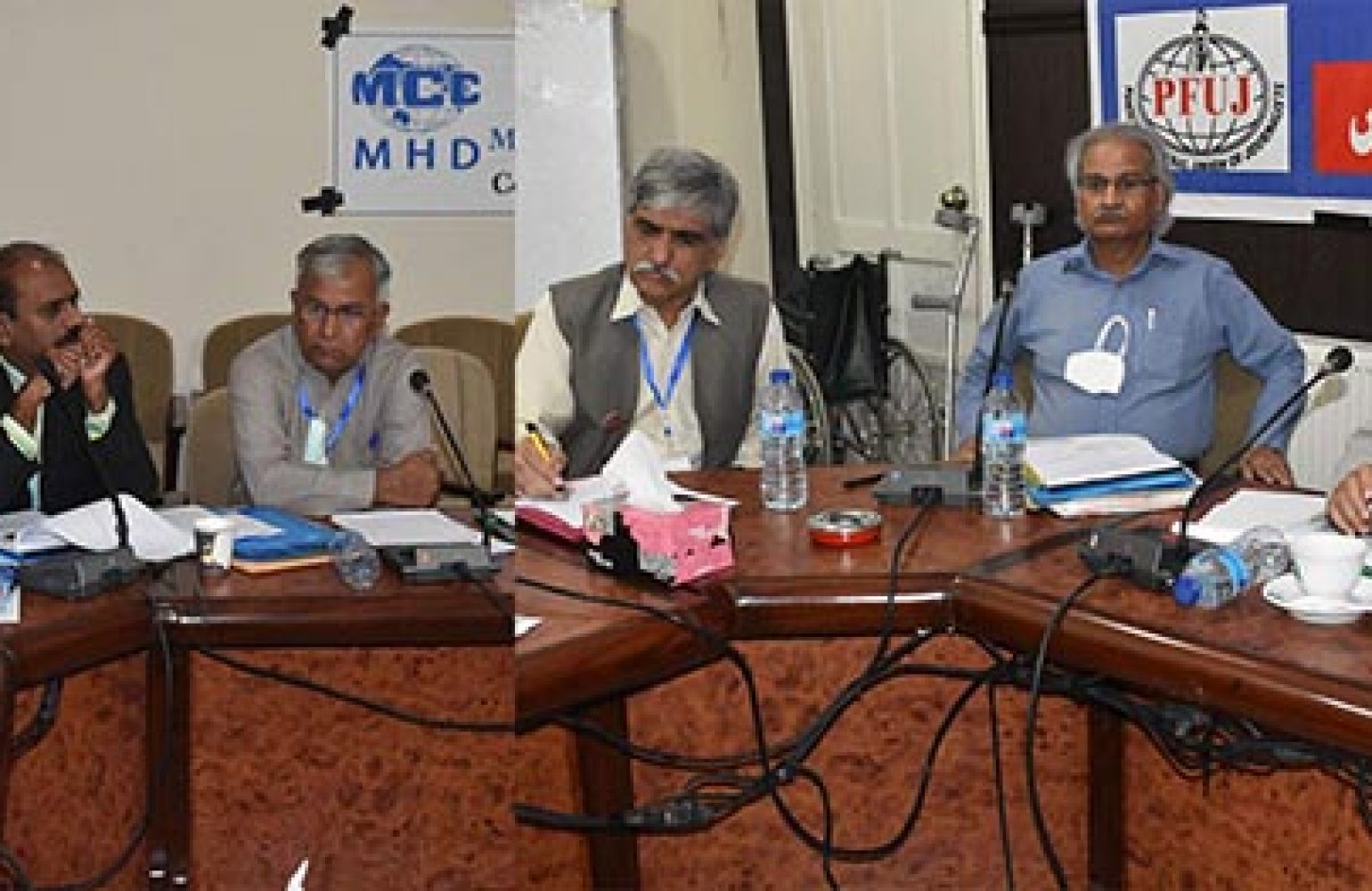 In the Quetta Declaration issued by the Pakistan Federal Union of Journalists (PFUJ) FEC on 27 September, the council raised concerns about the “complete denial” of freedom of expression in Pakistan. It also warned about a “systematic war” launched by the government and anti-media forces against the press. The PFUJ is the largest trade union of journalists in the country and its FEC is an elected body comprising journalists from all over Pakistan that advises the union on policy matters.

The FEC declaration called into question the tactics of intimidation, which it said has increased “the list of red-lines” that the media are forced not to cross. The tactics, the declaration stated, include media advice, censorship, threats, and abductions and arrests of journalists. The PFUJ council said these direct and indirect attacks are “forcing the media to resort to self-censorship of a kind never before forced on it in the past, even during military rules”.

The FEC drew special attention to the disturbing trend of abduction and arrest of journalists. It also strongly condemned the detention of Mir Shakilur Rehman, the Chief Editor of Jang group. Mr. Rehman was arrested on allegations connected with a land transaction done in the ’80s and has been kept in detention for the past 200 days. The trial proceedings against him are yet to begin.

The declaration indicated that it was ultimately the working journalists who suffered through pay cuts, delayed salaries, and job losses, after the government put media houses under financial pressure by with-holding advertisement payments. The PFUJ council also condemned the increase in online harassment of women journalists as well as the government’s attempts to control social media through fresh regulations. It  demanded independence for media regulators from government influence and called for the “withdrawal of all the media advices (sic) issued by PEMRA” to force journalists and media organisations into submission.

Media Matters for Democracy supports the FEC’s demand that the government should immediately abandon its anti-media policies and discuss the concerns about press freedom with the representatives of the media industry. We echo the demand for the security and safety of journalists, media workers, and regional media outlets across the country. We also join the PFUJ in calling upon the federal government to rationalise advertisement rates and clear pending ad payments so that the financial situation of working journalists may improve.

Freedom of expression is considered the cornerstone of democracy. Without the right to free speech and press freedom, we cannot hope to establish strong democratic norms or achieve transparency in governance. Media Matters for Democracy appreciates the PFUJ’s resolve to struggle for the right to freedom of expression guaranteed in Pakistan’s constitution and we wholeheartedly support it in its mission to stand up for the rights of journalists and media workers.