Media Matters for Democracy responds to the call of protest by Pakistan Federal Union of Journalists; demands a thorough investigation of the attack on Matiullah Jan’s vehicle 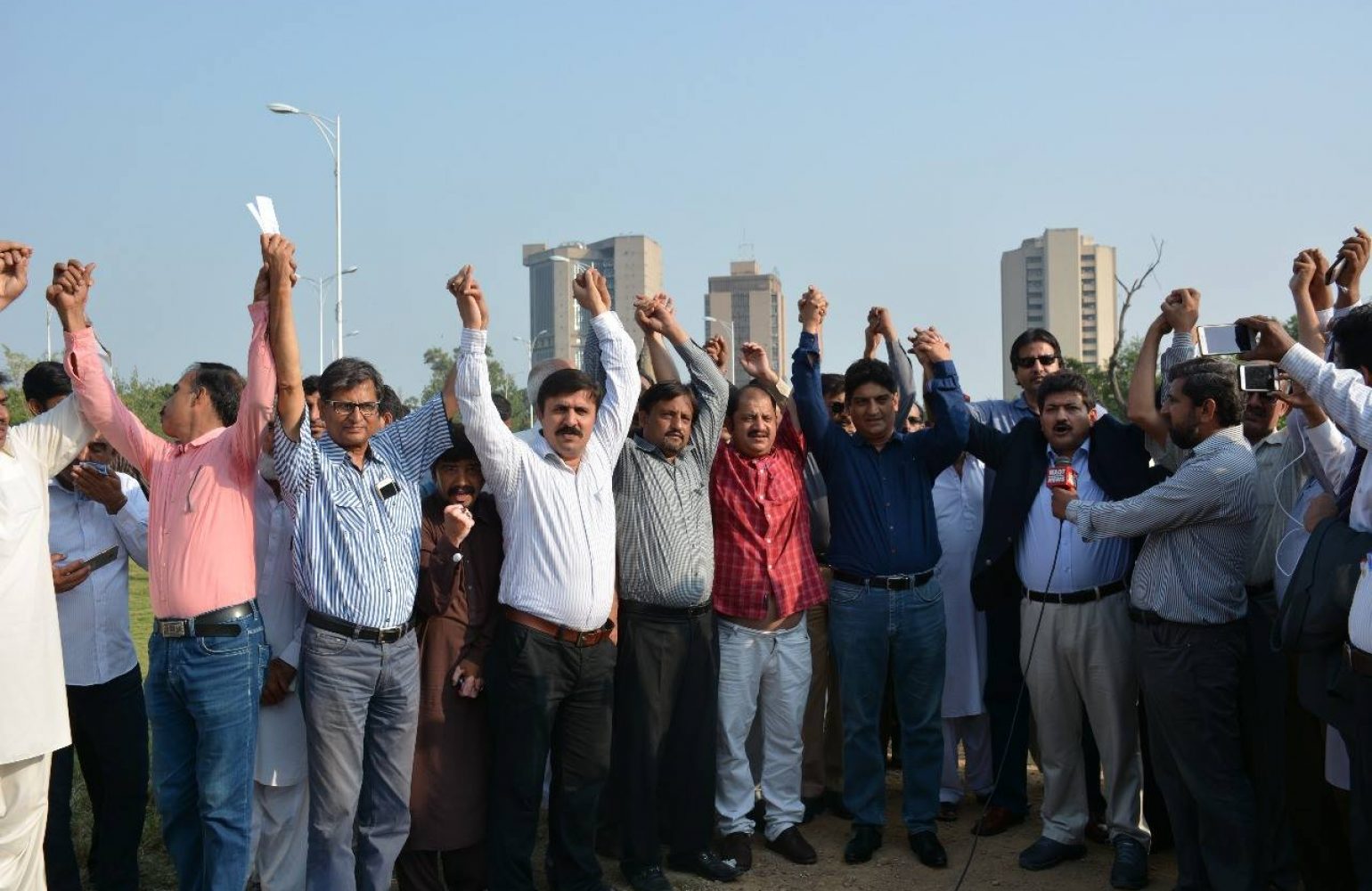 Matiullah Jan’s vehicle came under attack on 24th September, when two unidentified men on a motorcycle hurled a brick at his car’s windscreen. His family was also present in the car at the time of this attack. Luckily all of them remained unhurt.

Apparently, it wasn’t the first attempt to intimidate him.

“A while ago, somebody came to Mati’s car while it was parked and handed over a package to his wife to be delivered to Mati. When he back and found out, he immediately threw the package out, it could have been anything”, disclosed a close friend.

Matiullah Jan is known for his fierce, unabashed reporting.

The protest was held in front of the National Press Club where journalists Hamid Mir and Matiullah Jan, and union leaders Afzal Butt, Shakeel Anjum and Mubarek Zeb expressed commitment to the cause of independent media and demanded an investigation of the attack on Matiullah.

Speaking to those present, Hamid Mir stressed the need to come together as a fraternity and fight those back who want to ‘control’ media through intimidation tactics.

Afzal Butt addressing the participants demanded the government to ‘be serious’ in bringing impunity in crimes against media to an end. He also announced the formation of a special ‘fact-finding’ committee to probe in the attack and present a report to the union leadership.

Earlier, Media Matters for Democracy had expressed concern over the attack on Matiullah Jan and had demanded the government for a thorough investigation.