Media Matters for Democracy, Pakistan Federal Union of Journalists and Parliamentary Commission for Human Rights conducts a national conference on freedom of expression and related laws 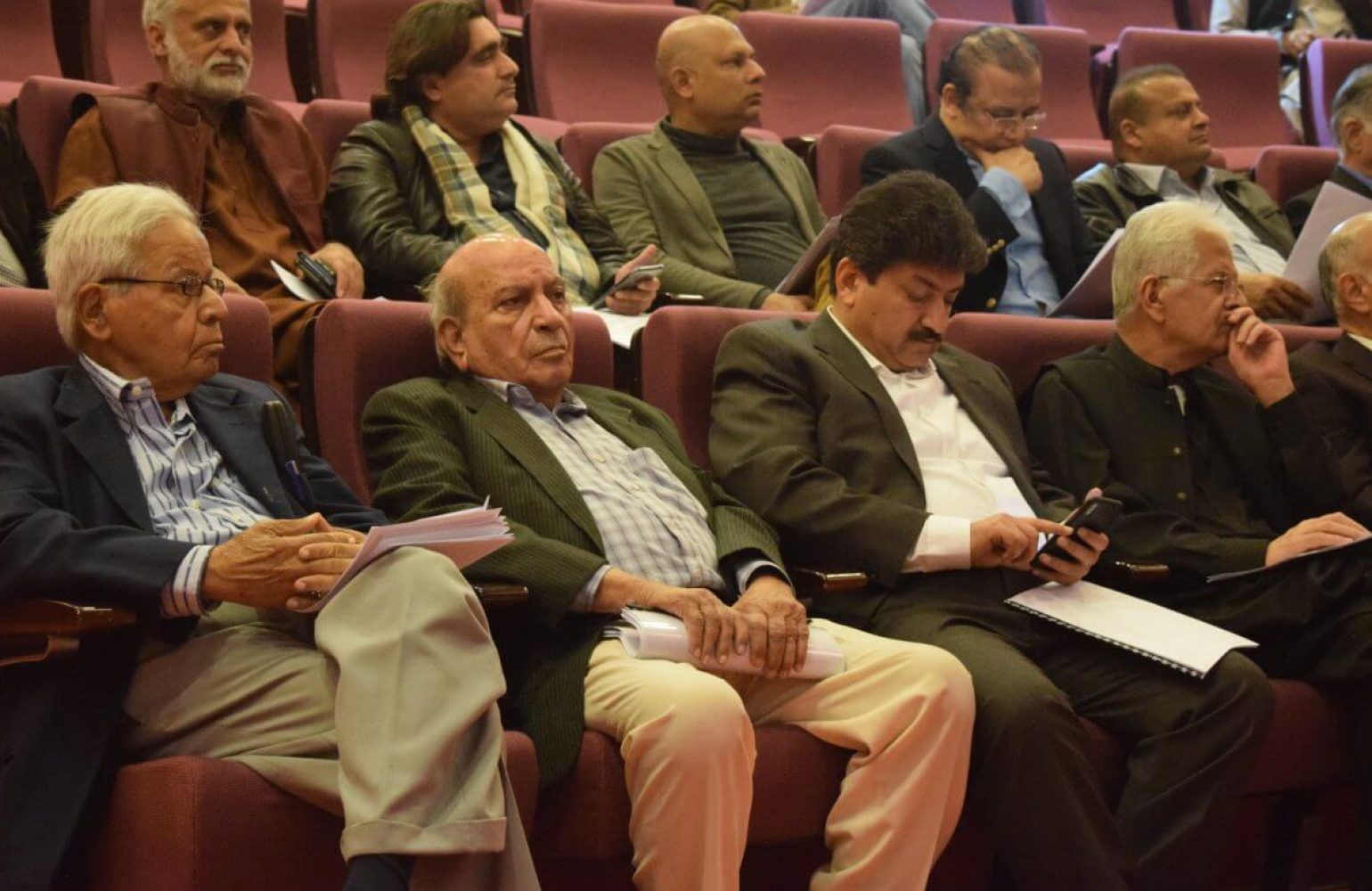 Journalists, human rights defenders, lawyers, and Parliamentarians declared their resolve on Wednesday to resist the government’s unconstitutional steps to regulate social media and its undemocratic attempts to curtail freedom of expression in the country.

They were speaking at a national seminar on Freedom of Expression and Related Laws at the Pakistan Institute for Parliamentary Services in Islamabad.

The seminar was jointly organised by the Pakistan Federal Union of Journalists (PFUJ), the Parliamentarians Commission for Human Rights (PCHR), Media Matters for Democracy (MMfD) and other civil society groups with support from the Parliamentary Task Force on Sustainable Development Goals. Speakers included members of the Senate of Pakistan, eminent journalists, and the representatives of the Human Rights Commission of Pakistan (HRCP) and the Pakistan Bar Council (PBC).

The federal government had announced a four-member committee on Friday to conduct stakeholder consultation on its Citizens Protection (Against Online Harm) Rules 2020, after the rules received fierce opposition from the civil society and drew criticism from international organisations.

But the speakers rejected the social media rules and the committee, with the demand that the government must first de-notify the existing set of rules before initiating consultations on social media regulation. While the government has claimed implementation of the rules was halted, it has yet to officially issue a statement about the status of the rules. The speakers also called for reforms in the Prevention of Electronic Crimes Act (PECA) 2016, under which the rules were apparently formulated.

Veteran human rights defender and journalist I. A. Rehman said the civil society is clear on its position for why it has rejected the government’s consultative committee

“Without the de-notification of the rules, the committee will only be authorised to make minor changes within the framework of the existing rules,” he said. “Consultation can only be meaningful if it is conducted before the regulation is drafted.”

He said the rules are not only dangerous for journalists, but also a threat to the civil liberties of citizens.

“The people’s rights must be respected and their ownership of the State acknowledged,” Mr. Rehman said. “I also urge the civil society groups to make the public their ally in this (struggle against rights violations).”

Senator Mushahid Husssain Sayed, the Chairman of the Senate Foreign Affairs Committee, said it is clear that the government’s step regarding social media rules is in violation of fundamental freedoms, constitutional guarantees, and Pakistan’s international commitments on freedom of expression.

“This appears to be an attempt to turn Pakistan into some sort of surveillance state,” Mr. Sayed said.

He said the Pakistani authorities regularly criticise the Modi model of information control in India.

“But then it seems we are trying to emulate the same model in Pakistan,” Mr. Sayed said.

He proposed the formation of a Parliamentary Press Freedom Forum to put up a “grand, united front” against censorship and surveillance in the country.

He said the rules are a violation of the privilege of the Parliament. The Senate Chairman had ordered on 24 December 2017 for PECA rules to be shared for approval in the Senate committee on information technology within a month, he said.

“To this date, the government has not presented the rules in the committee for approval,” Mr. Babar said.

He said two parliamentary committees — information technology, and human rights — have taken up the matter of PECA reforms, and he advised the stakeholders to offer their recommendations to these committees.

“The Parliament might be weak today but this battle will be brought to it,” Mr. Babar said. “You must co-opt the Parliament, otherwise you will not be able to get the rules revoked.”

Member National Assembly Riaz Fatyana said the process of establishing democracy and rule of law in the country is still on-going. People with progressive beliefs must work to strengthen the continuity of civil liberties, he said.

“Any restriction on information and expression cannot be permanent because Article 19-A of the Constitution guarantees the right to information for citizens,” Mr. Fatyana, who belongs to the ruling Pakistan Tehreek-e Insaf, said. “We must not police the thoughts of the people.”

Harris Khalique, the HRCP Secretary-General, said the social media rules were approved with malicious intent. He said it is not simply a matter of restrictions anymore as there is now an organised attempt in Pakistan to crush dissent and alternative discourse. An environment is being created to discredit journalists, human rights defenders, and politicians and label them as anti-state, traitors, and corrupt, he said.

“We reject a hand-picked committee of government servants for consultation on the rules,” he said. “We also demand that PECA must be reviewed for human rights concerns.”

Earlier, Secretary General PFUJ Nasir Zaidi welcomed the guests and reiterated the PFUJ’s resolve to stand up against draconian laws targeting expression and information in Pakistan.

“The State of Pakistan has also ratified international commitments on freedom of expression, which is a cornerstone of the entire democratic system,” Mr. Chaudhry said.

Sadaf Khan, Co-founder of MMfD, briefed the participants about the major issues in the social media rules. Ms. Khan said certain sections of the rules contradict the parent legislation, PECA 2016. She said the national coordinator has been given supreme powers in the rules and even the criteria for designating the coordinator is not mentioned. The rules also extend to private messaging applications and will take away the right to privacy of citizens, she said.

“The process followed by the government to approve the rules violates the principle of parliamentary oversight,” Ms. Khan said. “A ministry or a committee cannot unilaterally decide upon a matter as serious, delicate and complicated as online content regulation.”

She said a one-size-fits-all approach is not recommended for Internet regulation because the speech of different users has different reach and varying impact online.

“The principles of legality, necessity, and proportionality prescribed by the United Nations should be kept in mind while considering online content regulation,” Ms. Khan said. “Without such safeguards, the freedom of expression of users will be compromised.”

Abid Saqi, the Vice-chairman of the Pakistan Bar Council, said the laws of the country were stuck in a colonial mindset that wishes to control expression.

“The colonial state is re-asserting itself,” Mr. Saqi said. “There is a crisis of legitimacy among the ruling elites, a sense of guilt (about not being true representatives of the people), which forces them to either silence dissent with violence or buy support for their illegitimate rule.”

He offered full support to the movement to resist the social media rules.

Mohammad Malick, the President of the Director News and Anchorpersons Association, launched a scathing attack at the social media rules. He said he felt the rules were deliberately kept ambiguous to allow sweeping powers for the authorities and they were passed in secrecy not by chance, but by design. The rules allow such complete control over social media data that authorities could potentially use it to track entire online footprints of citizens, he said.

“A person might be investigated for one issue, prosecuted for another issue, and sentenced for a third issue, just because the government has all their social media information,” Mr. Malick said.

He said the set of rules was “absolute madness” and had the power to not only alter the way we communicate but also the way we think.

“In the rules, one person is authorising another person to decide about the fate of millions of online users (in Pakistan),” he said. “We cannot take this lightly. It can cause irreversible damage to the collective psyche of the people.”

Senator Tahir Bijenzo said democracy cannot be strong and dynamic without a free, independent press. Senior journalist Hamid Mir said members of the past administration which went ahead with promulgating PECA despite human rights concerns have a duty to oppose the rules and call for PECA reforms.

PARTICIPANTS LISTEN ON AT THE NATIONAL SEMINAR. PHOTO: AMEL GHANI

PFUJ President Shahzada Zulfiqar thanked all the speakers and participants. He said the show of support from the participants has re-energised the PFUJ’s will to resist any attempt to curtail freedom of expression in Pakistan.

Veteran journalists M. Ziauddin and Hussain Naqi also called out the true intentions behind controlling social media. Senior journalist Imtiaz Alam said the battle against repression is not a sectoral fight anymore. It is a collective struggle for citizen rights, he said. He warned that authoritarian controls on expression will lead to civil strife.

Journalist Matiullah Jan said structured resistance against undemocratic forces was not producing results in the country. He said the stakeholders must ask themselves whether they are ready for serious action against violations of freedom of expression or not.

“If we are not ready for extreme steps now, then we will never be ready.” Mr. Jan said.

Cyber bullying and hate speech is a menace and it’s important to keep #challenginghate so our online spaces are safe for minorities and women. 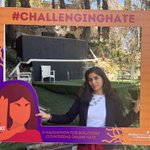 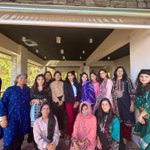 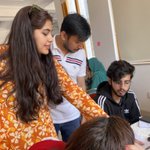 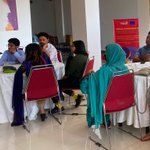 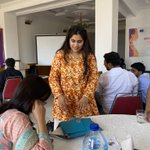 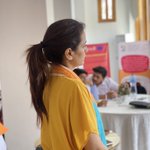 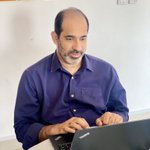 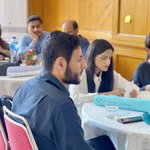 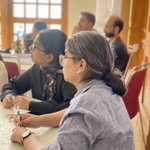 Participants at the #ChallengingHate Hackathon working on Ideation and Presenting pitches 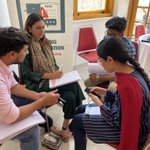 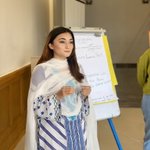 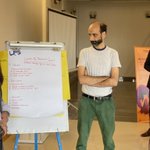 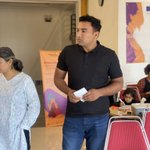 Kickstarting Day 2 of the #ChallengingHate Hackathon with Design thinking, lead by @Bhangusayeen and Jareeullah Shah 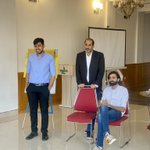 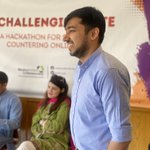 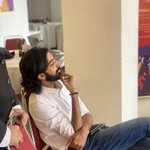 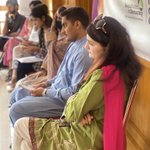