Media Matters for Democracy launches a research looking into the implementation of PECA 2016, highlighting the abuses of power through systematic loopholes 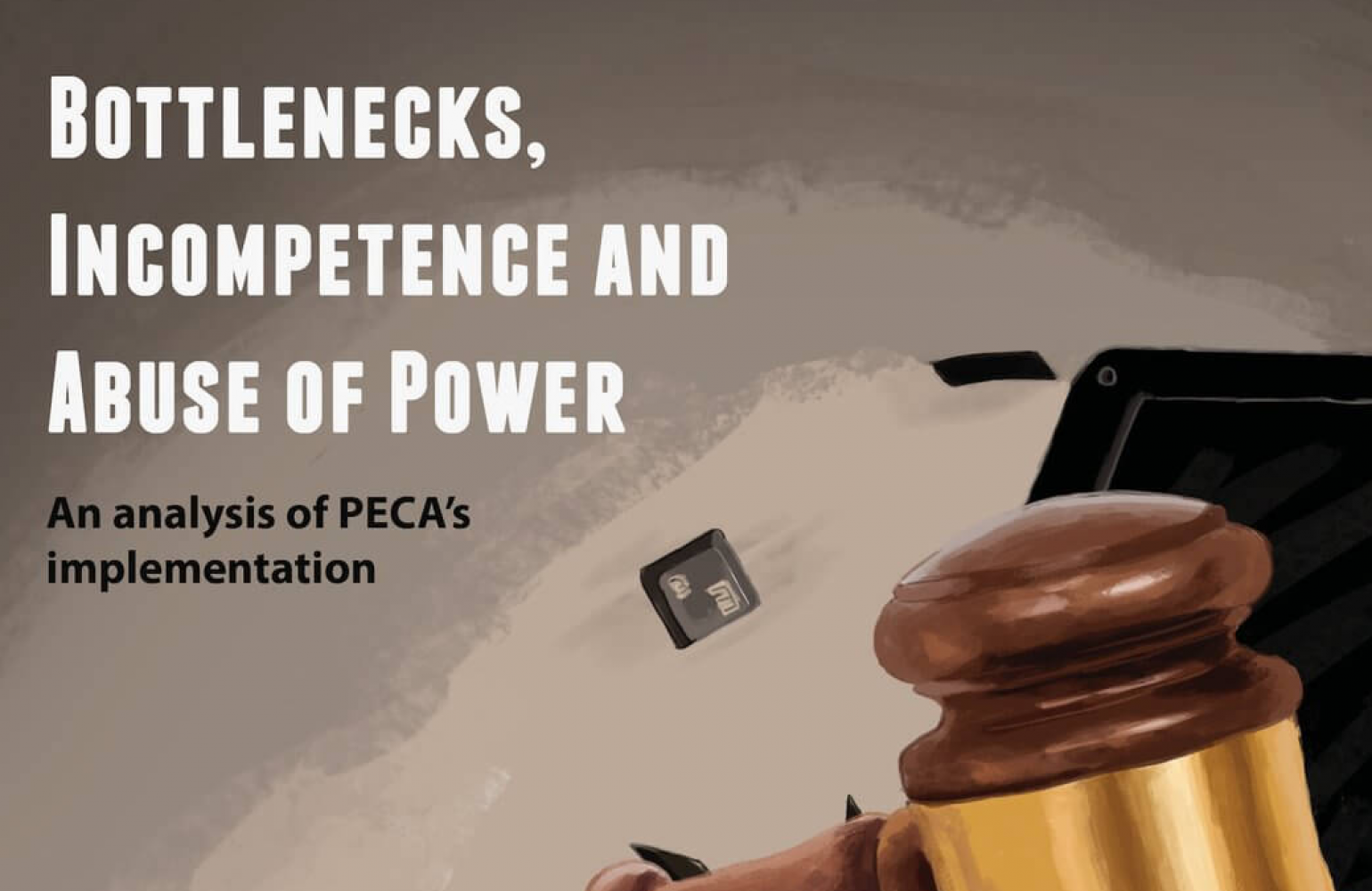 Media Matters for Democracy has recently launched a report that takes a critical assessment of Pakistan’s cybercrime law.

The report titled Bottlenecks, incompetence and abuse of power – An analysis of PECA’s implementation has been launched as part of MMFD’s legal aid initiative Charahgar.

The report carefully analyses the implementation of the Prevention against Electronic Crimes Act (PECA), which came into force in 2016. The bill was strongly opposed by journalists and a number of civil society members as infringing on the basic and fundamental rights of the people. Not only breaching Article 19 of the constitution which guarantees the right to free expression, but the law is also violating numerous international treaties and covenants, including the International Covenant on Civil and Political Rights.

Two years after this much-debated law came into effect, a strong need arises to document its effects, especially on the media and all those who are professionally involved in journalistic activities. Therefore, this report presents a study on the challenges to the right of free expression through the introduction of the PECA and provides a glance into the
institutional problems with regards to its implementation. The report begins by explaining the investigative and judicial process, followed by two case studies. The first provides an overview of procedural and other systematic issues inside the FIA and its performance specifically with regards to the PECA and free speech laws. It looks into facts and figures of cases shared by FIA, bringing to light an overburdened institution that lacks basic resources to carry out its job properly. Amongst the many issues highlighted in this chapter include the lack of training provided to FIA officials regarding digital laws, along with the absence of experts needed to deal with complex digital crime cases. The second case study is a thematic one, mapping out the crackdown on political activists and journalists in the past two years under the PECA and other laws. The chapter summarizes the experiences of a number of journalists, activists and bloggers, who have suffered at the hands of state bodies for voicing their dissent. Through documenting their horrific experiences of unlawful detentions and torture, it is learned that the curb on free digital expression does not only violate the right to free expression but many other fundamental human rights
as well. Followed by the case studies, is a chapter dedicated to listing all the systematic flaws and their detailed

analysis. This includes problems in the investigative procedures in general; the regressive attitude of state bodies and the selective prosecution and persecution by targeting only the politically weak. The chapter also focuses on the judicial process, which includes issues pertaining to a jurisdiction that remains ambiguous and the deployment of special courts for digital crimes. The report concludes with a list of recommendations for the government, the FIA,
judicial academies, and civil societies.

Read the full report here Bottlenecks, Incompetence and Abuse of Power – An analysis of PECA implementation