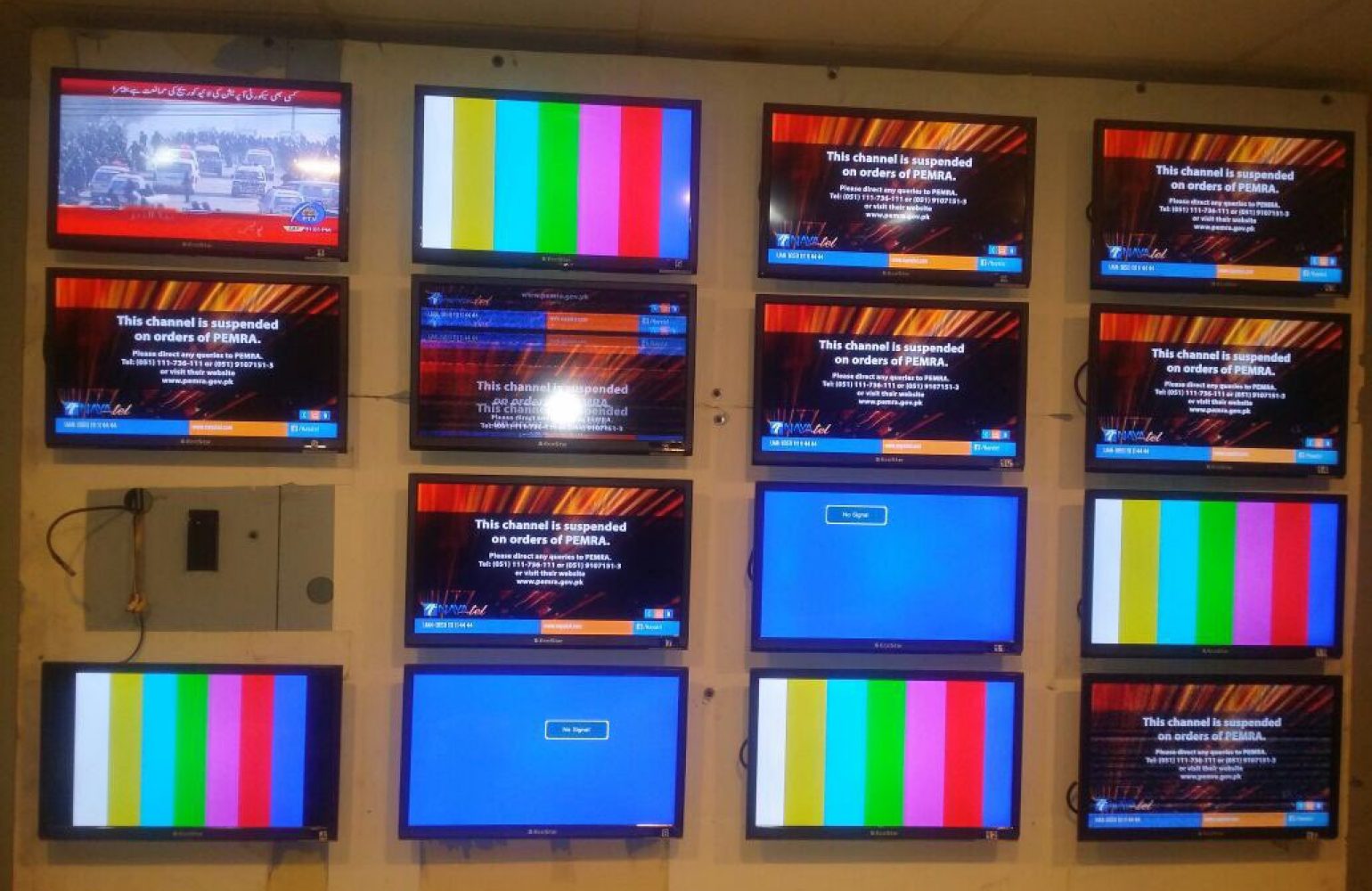 ISLAMABAD, 25 November 2017: PML-N government’s move to block citizen’s access to all information channels, including TV news and social media, reek of dictatorial attitude and are highly condemnable. PEMRA’s decision to suspend the broadcast of all news channels is one of the worst cases of media censorship Pakistan has experienced, with parallels only in dictatorial rules.

Matters for Democracy condemns this move and expresses alarm over the blocking of access to news on TV and move to block social media outlets including Twitter. We fear that through this action, the government has paved the way for the spread of misinformation.

“The decision to suspend broadcast of all TV channels comes in the wake of reporting about the government operation against extremist protestors at Faizabad. While it is extremely important for the regulator to ensure that issues of high sensitivity such as these are dealt with extreme caution, it is simply incomprehendable that PEMRA found it pertinent to simply suspend all news broadcast at this time of uncertainty and violence”, says Asad Baig, Director of Media Matters for Democracy, “It is alarming and highly unfortunate that the same government that suffered through the imposition of Marshal Law under General Musharraf chose to take a route that is reminiscent of, and goes beyond any information control measures that were taken during military rule”.

At the time of the issuance of this statement, broadcast of all news channels is suspended and Twitter has been blocked by PTCL and some service providers. News about possible blockage of Facebook and Youtube is also in circulation.

“The citizens of Islamabad, Rawalpindi have suffered through government’s failure to end the protest for more than two weeks. Now as the situation has escalated into a citywide violence, the government has chosen to victimise its own citizens further by forcing them into an information darkness”, says Sadaf Khan, Director Programs, Media Matters for Democracy, “This is the most anti-democratic move that any elected government could have taken. The implications of this move go beyond principle. Citizens without access to any credible information about the violence spreading throughout the city remain vulnerable to misinformation and might inadvertently put themselves at risk because of it”.

Media Matters for Democracy demands the immediate restoration of all news channels and asks PEMRA to take back this extreme decision. Regulation to make sure that the coverage is responsible is a must, but PEMRA must not take the most extreme action in a bid to control information flows. We demand that the government immediately acknowledge the misstep towards democracy and its own citizens and ensure that channels of reliable information are urgently made available to citizens.