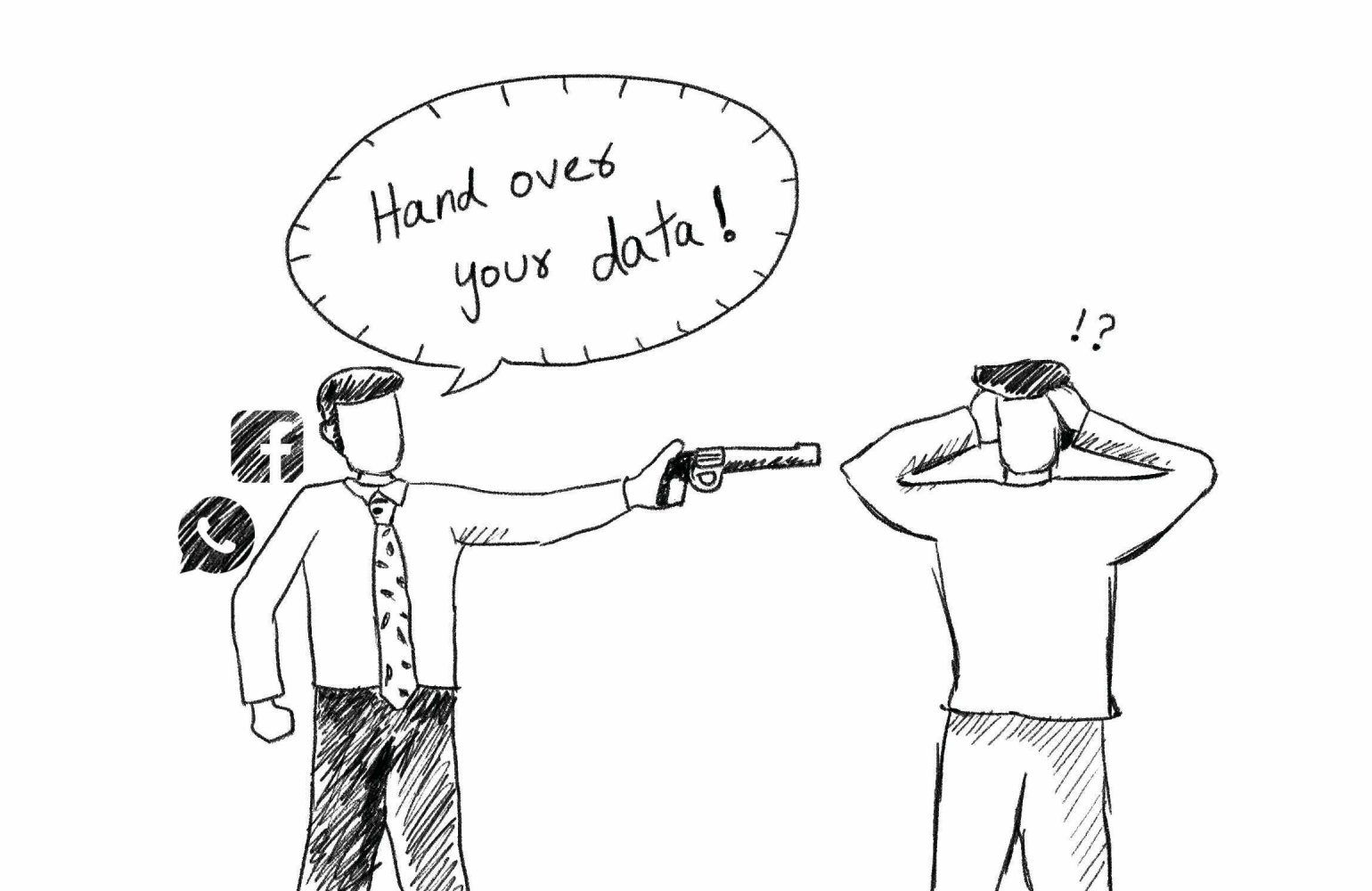 Media Matters for Democracy expresses concern on the new privacy policy brought forth by the messaging application WhatsApp, and the ‘false choice’ presented to the users in order to acquire their consent to share their data with its parent company Facebook Inc.

“Respect for your privacy is coded into our DNA”, once used to be the opening line of the privacy policy of WhatsApp which is arguably the largest communication application with over 2 billion active users. This line has now been deleted from the latest version of the policy which points towards a potential shift in the company’s priorities, and the inclination to a wide range of metadata with its parent company, Facebook Inc.

WhatsApp’s new privacy policy not only demands that the users give the business their irrevocable consent to share their data with Facebook, it takes away any right of choice from the users by forcing them to accept or leave the application altogether. Given, the disproportionate market share that Facebook enjoys in the world and the dependence of billions on Facebook and linked platforms as a mode of communication and business, this mandatory data sharing is essentially asking users to choose between the right to communication and right of privacy.

We remind WhatsApp of its assurance to “know as little as possible” before its acquisition by Facebook. The information that WhatsApp is collecting and now intends to share with Facebook and other companies under its ownership includes the location data, IMEI numbers of mobile devices, battery information, groups that the users are participating in, signal strength, phone model, profile pictures of the users, the last time users were online, and similar metadata.

We remind the WhatsApp team of the promise made to its users in 2014, when the CEO of WhatsApp, Jan Koum said that “If partnering with Facebook meant that we had to change our values, we wouldn’t have done it.” We remind WhatsApp that the mandatory data sharing and Facebook’s own control of this data is a direct violation of the spirit of upholding user privacy.

We are especially concerned due to Facebook’s record of engagement with data related global controversies regarding privacy and data leaks, including but not limited to the Cambridge Analytica incident.

We remain concerned about the data sharing, specifically since Facebook has failed to appropriately respond to civil society calls of increased transparency regarding third party data sharing with third parties.

We reiterate that global corporations like Facebook, that have evolved to capture a huge share of the global digital market and enjoy a level of indepensibility for users who are dependent on these platforms for business and livelihood, remain cognisant of their human rights responsibilities and work to protect, rather than endanger the privacy rights of their consumers.

We, as advocates of privacy, as longtime users of WhatsApp, and as concerned individuals are disturbed at the fact that the one app that has intrinsically changed the way people communicate in the modern world has, it seems, drastically changed its stance with regards to privacy after the acquisition by Facebook Inc. We urge WhatsApp to review the new policy that prioritises profits at the cost of the privacy of billions of users

We also urge the users of WhatsApp to consider switching to alternate communication apps, especially the ones that truly respect users’ privacy, are open source, and ensure a higher level of transparency and accountability.