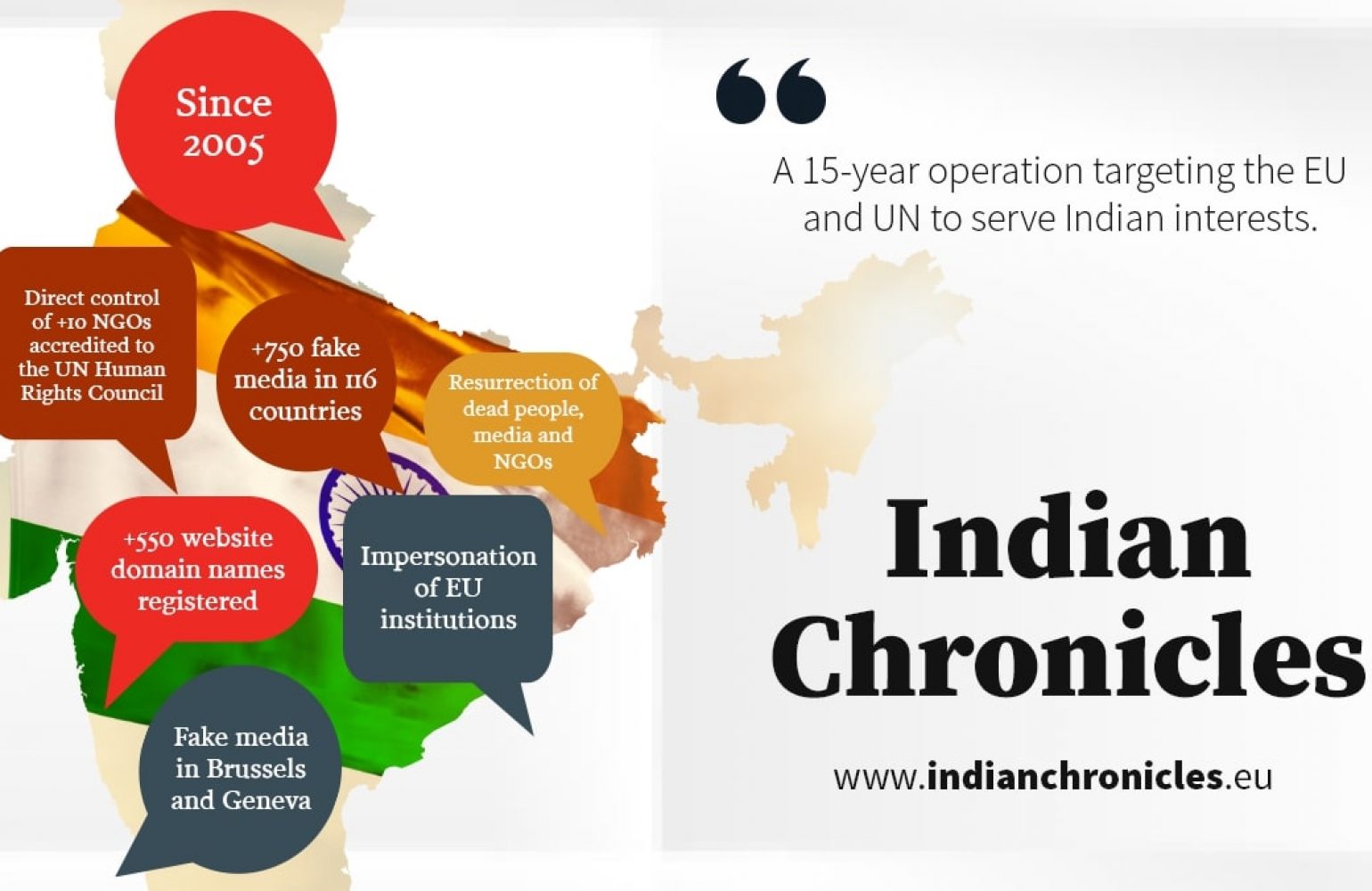 Media Matters for Democracy (MMFD) is shocked at the extent and reach of this operation, and that India has chosen to play with digital wildfires in pursuance of its own political interests, without taking into account the damage digital disinformation can cause.

World Economic Forum (WEF) in 2013 categorised online misinformation as one of the ‘biggest threats to human society’.

“The global risk of massive digital misinformation sits at the centre of a constellation of technological and geopolitical risks ranging from terrorism to cyber attacks and the failure of global governance. This risk case examines how hyper-connectivity could enable digital wildfires to wreak havoc in the real world. It considers the challenge presented by the misuse of an open and easily accessible system and the greater danger of misguided attempts to prevent such outcomes.” — the WEF report reads.

The EU Disinfo Lab revelations demonstrate the global nature of this threat and provides evidence that States are involved in spreading disinformation at a massive scale.

“In 2013 WEF categorised as one of the greatest threats to human societies ad they called online misinformation digital wildfires, that can actually threaten whole of the human society. And that should give one an idea about the kind of damage online misinformation. However, the act and impact of setting off these wildfires is not limited to the cyber space only. In India alone, from 2016 – 2018, there have been 31 cases on lynching that have occurred due to online misinformation. That is the extent of damage that disinformation can do so, if anyone is deliberately playing with-this wildfire for their own political gain, be it India or any other country, it can effect the whole world, not just Pakistan” says Asad Baig, Founder and Executive Director Media Matters for Democracy.

We urge the organisations whose identity has been stolen for this insidious action to investigate and raise their voices against this blatant disregard of rights and values.

We urge the European Union and the United Nations, whose platforms have been abused by this network of disinformation disseminators to take formal notice and whatever action is possible.

Disinformation cannot be used as a legitimate tool of narration building and political manoeuvring and all efforts to do so must be resisted and rejected at all forums.  We condemn the actions of all actors, from India or otherwise, who were involved in weaving a web of disinformation and deception of public and world leaders. We urge these actors and India as a state, to uphold democratic values, that have no space for such contrived and deceptive activities.