Media Matters for Democracy expresses concern over an attack on Matiullah Jan’s vehicle; calls for a thorough investigation of the incident 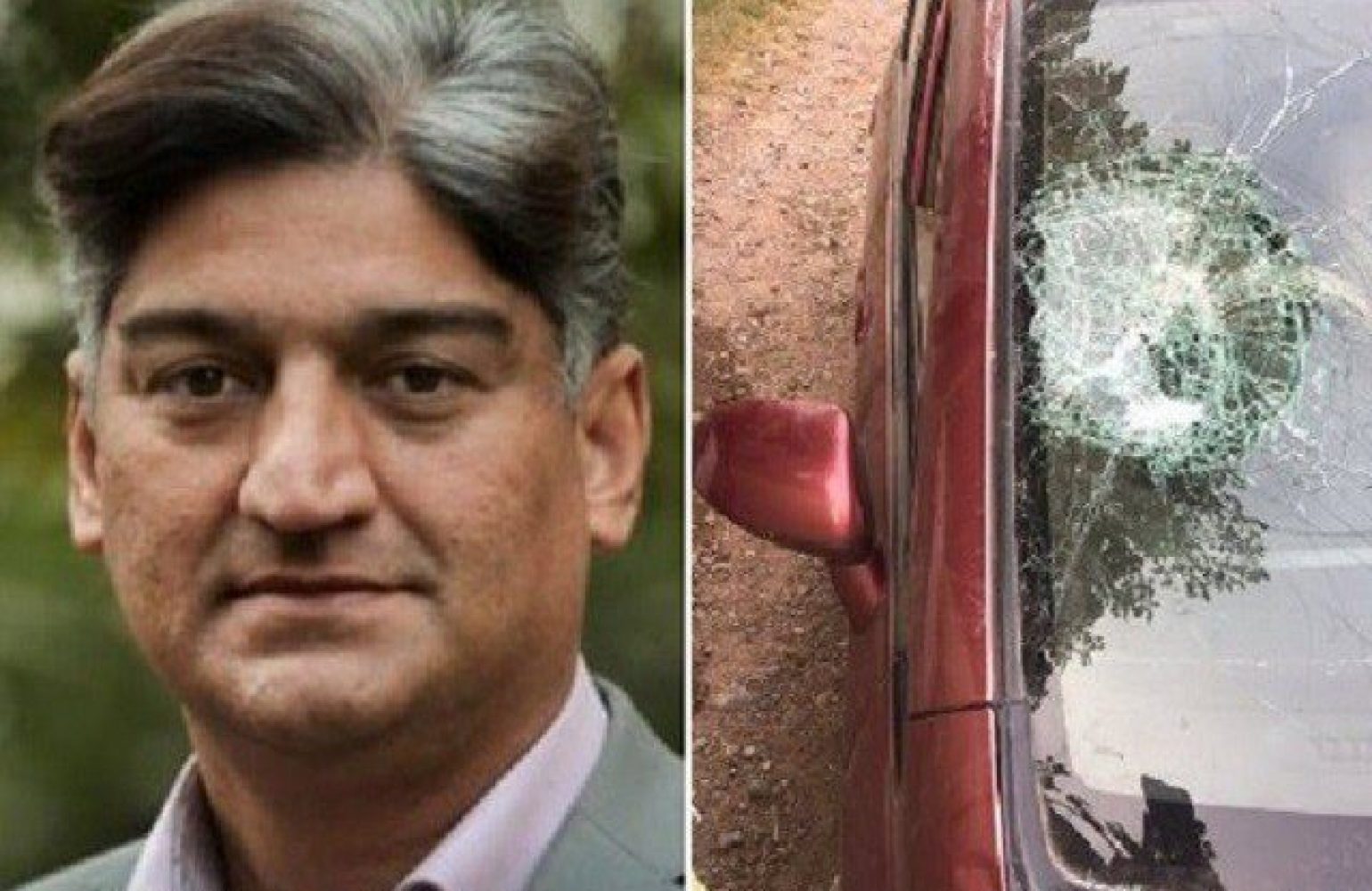 Islamabad, 25 September 2017: Media Matters for Democracy is extremely concerned over an attack on tjhe vehicle of Matiullah Jan, a senior journalist and anchorperson working for Waqt television.

In an extremely unfortunate incident, Matiullah’s vehicle was attacked with a brick by two unidentified men on a motorcycle, who managed to get away. Matiullah Jan’s family was also present in the car at the time of the attack. The incident occurred on September 24 in the suburbs of Islamabad.

Brick attack on my car by two motorcyclists in Barakahu who sped away. pic.twitter.com/LFTwojlwD7

Only weeks earlier, an attempt was made to abduct another senior journalist Azaz Syed by unidentified motorists in Islamabad.

Both Azaz and Matiullah are known for their unabashed reporting and political analysis which is usually critical of the government and state policies.

The Pakistan Federal Union of Journalists and the Rawalpindi-Islamabad Union of Journalists protested this blatant attack on the journalist and expressed great anger over government’s inability to investigate the (past) cases of intimidation, attacks, and assassinations. The union-bodies have formed a fact-finding committee to look further into this incident and report back to the leadership for further action.

Media Matters for Democracy expresses concern over these cases of intimidation and attacks on journalists, which apparently are happening right under the noses of various law enforcement agencies in the Capital city. Despite various forms of government-sanctioned video surveillance projects in operation, the failure of law enforcement agencies to apprehend the perpetrators, or to even get them on tape is vexatious.

Pakistan is known for being a high-risk zone for journalists.  It has time and now, been declared ‘the most dangerous place for journalists’ by various international watchdog groups. While everyone in the Parliament applauds and acknowledges the role of free media in strengthening democracy and democratic values, the fact of the matter is, there is little to no commitment to bring perpetrators to justice in more than 76 cases of assassinations of media workers.

Media Matters for Democracy demands the government to conduct thorough investigations into the attack on Matiullah Jan’s vehicle and the (failed) abduction attempt on Azaz Syed.

The government has, time and again, ‘pledged’ support for free media in Pakistan and assured us of investigations into crimes against media. None of the assurances have, however, come to pass. We demand the government to walk the talk, and to take stern actions to end impunity in the cases of slain journalists, instead of mere appreciation shields, aid-monies and lengthy speeches on the role of ‘free media’.

Media Matters for Democracy lauds the role of the Pakistan Federal Union of Journalists and the Rawalpindi-Islamabad Union of Journalists in putting aside union politics and coming together to support a political opponent. We also greatly appreciate the decision to form an internal fact-finding committee, instead of relying on the investigations conducted police which is often intentionally confused.

We feel that only with a truly independent media can Pakistan become a true democracy. But unless the impunity in crimes against media and journalists comes to an end, free media will be a dream far from reality.