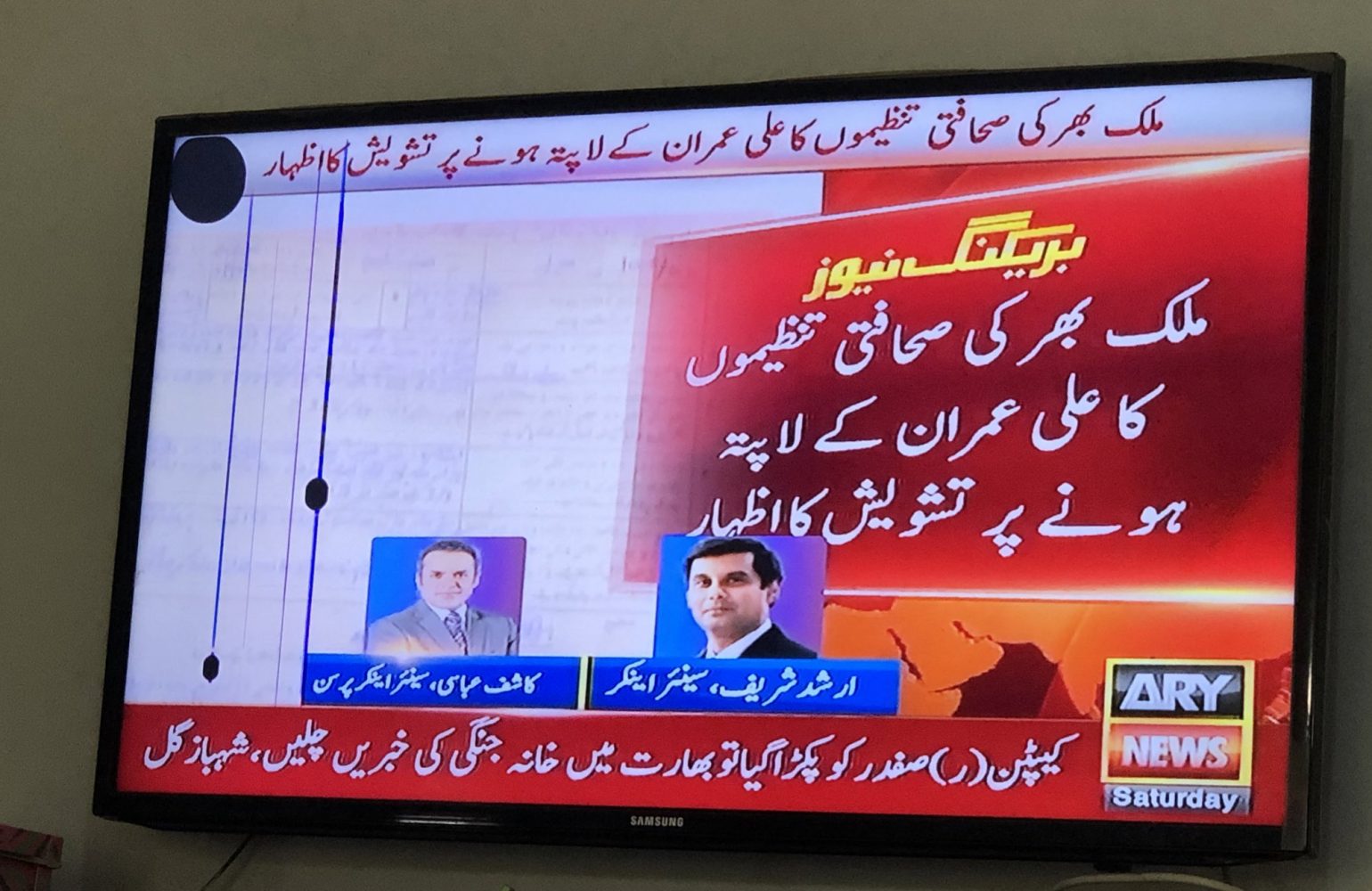 Islamabad, 24 October 2020: Media Matters for Democracy (MMfD) finds the disappearance of Geo News reporter Ali Imran deeply concerning and alarming. We urge the government to initiate immediate and effective investigation of the incident and ensure the safe and quick recovery of the missing journalist.

The disappearance of the reporter comes right after he broke an important news regarding the arrest of opposition leader Captain Safdar which raises questions about the government’s lack of commitment to allow and protect genuine political discourse in Pakistan. We remind the government that an independent and a safe press is the cornerstone of democracy and only an independent press can enable the public to make informed political decisions.

We urge the provincial government and the federal government to work together to ensure the safety of Ali Imran. We also urge them to enable the creation of an environment where journalists are free to report independently without facing risks to financial and physical safety.

It is alarming and unfortunate that Pakistan continues to obtain bad ratings in impunity and media safety and freedom indices. Pakistan ranked 8th on CPJ’s 2019 Global Impunity Index in 2019. Reporters Without Borders placed Pakistan at 145 out of 180 countries in the 2020 World Press Freedom Index and received a dismal score of 26 out of 100 — the same as 2019 — to fall among the worst 10 countries in the global ranking on Internet freedom.

Incidents of disappearances of reporters will only add to the uncertain environment that journalists face in the city. Thus, we demand urgent resolution of the incident at hand and urge the government to put in its best efforts to recover the missing journalist with safety.