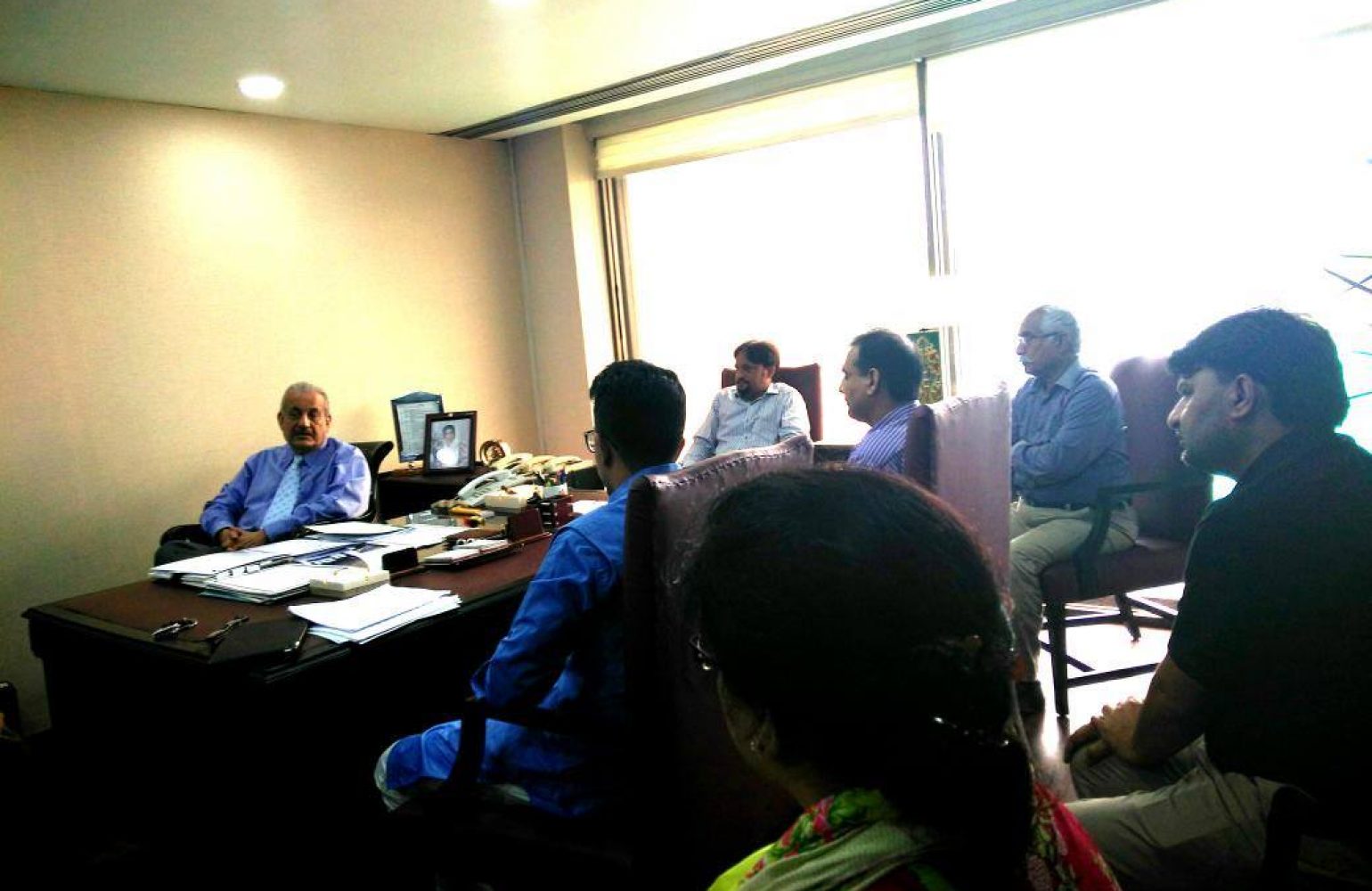 Islamabad, 27 July 2017: Members of the Pakistan Federal Union of Journalists and Media Matters for Democracy called upon the Chairman Senate, Senator Raza Rabbani to brief him on the implications of the proposed cybercrime legislation on civil liberties.

The Bill in its current form stands to jeopardize civil liberties including but not limited to free religious and political expression and sets the bar very low for legalised surveillance.

Media Matters for Democracy along with the Pakistan Federal Union of Journalists submitted a public petition to the Senate Chairman Raza Rabbani, asking him to intervene in the legislation process to ensure the addition of recommendations submitted by MMfD and other rights-based groups.

The petition was signed by various journalists and civil-society representations and it ‘called upon the Senators to stand by its commitments to oppose this Bill in the Senate of Pakistan ensure that it is not allowed to become a law in its current state’.

The petition can be found here: https://mediamatters.pk/mmfd-pfuj-petition-hearing-in-the-senate-standing-committee-the-chairman-announces-a-sub-committee-to-jointly-works-towards-consensus-on-pecb/

Senator Raza Rabbani ensured that the concerns of the civil society would be given a fair chance.