#JournoSafePK Alert: Journalists in Balochistan under grave threat once again; high-time for government to deliver on its promises of protecting journalists and ending impunity 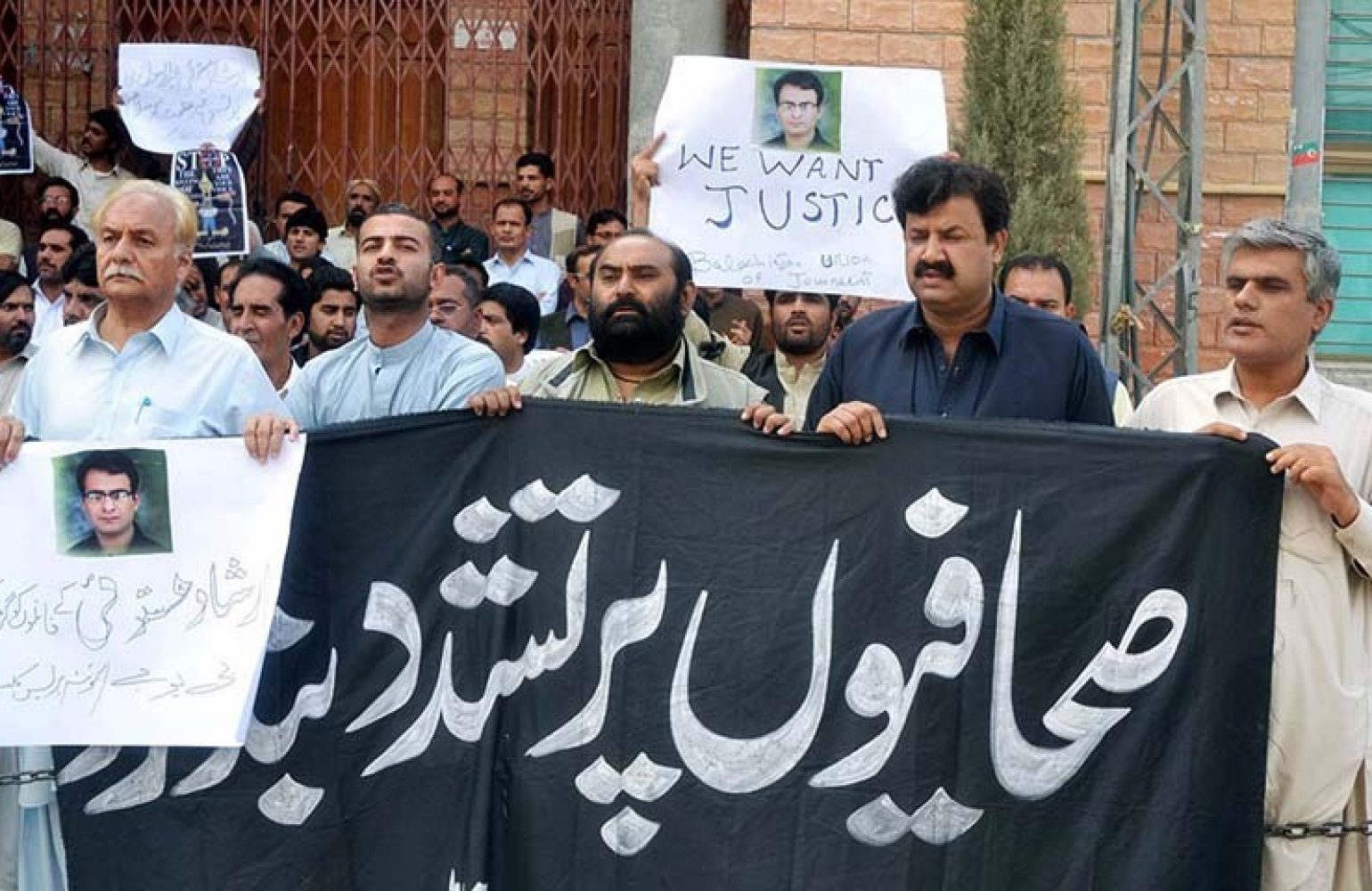 ISLAMABAD, 13 October 2017: Media Matters for Democracy is extremely concerned at the threat of a new wave of violence against journalists in Balochistan, already a heavily targeted lot. The threat issues by the proscribed United Balochistan Army is grave in nature and the government needs to respond urgently to the threat.

As per media reports, Spokesperson of United Baloch Army, Mureed Baloch criticized the media for not covering its version, called media a part of ‘state policy’ and has issued a warning to print media journalists, asking them to stay away from newspapers, press clubs. The threat extends to hawkers and shopkeepers who have been asked to stop the sale of newspapers or risk being shot dead.

This threat once again demonstrates that journalists in Balochistan have been caught in the centre of the conflict between the state and the separatist elements. The Balochistan Government simply refers back to a decision of Balochistan High Court that holds that even upon reception of threats the media should simply ‘report to the police’ but if the electronic media and press “propagate the view of banned organizations they are not acting as good and responsible journalists but as mouthpieces for malicious and vile propaganda” and thus are criminally liable.

“Given the security situation in Balochistan, and the statistics regarding killings of journalist in the province, the government’s reliance on asking journalists to simply report to the police demonstrates a lack of seriousness on the government’s part”, says Sadaf Khan, Director Programs at Media Matters for Democracy, “Journalists in Balochistan, along with their families have been victims of deadly attacks by proscribed groups. A direct threat to escalate the attacks warrants a more serious response than simply stating the judiciary prohibits the publication of statements by these organizations”.

According to the Balochistan Union of Journalists, BUJ, 48 journalists, and writers have been killed and over a dozen journalists are facing terrorism charges.

“This situation isn’t just concerning for the journalist community, but will directly affect the public. Journalists who are forced to keep quiet under threat of attacks or legal persecution will be unable to do their jobs. Information darkness in a region like Balochistan can only lead to worsening of the situation”, says Asad Baig, Executive Director MMfD. “The government has to view this threat as a direct threat to democracy and democratic values and respond accordingly. Leaving the journalist community isolated and in a position where they are unable to report can have grave consequences”.