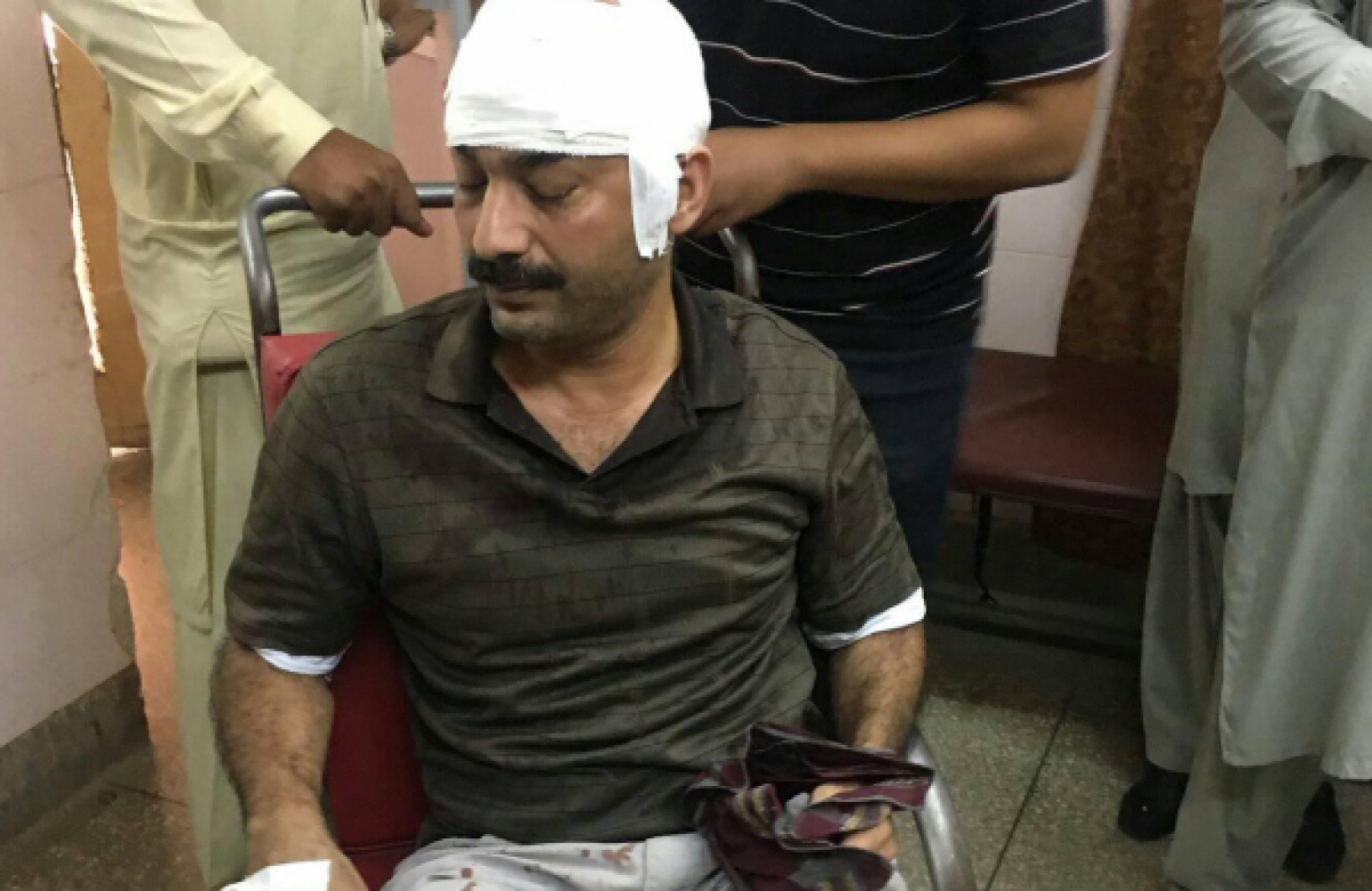 ISLAMABAD, 27 OCTOBER 2017:  Media Matters for Democracy condemns the cowardly attack on senior journalist Ahmed Noorani, associated with The News. Noorani was targeted at Zero Point in Islamabad by six knife-wielding men and is currently hospitalized after sustaining multiple injuries.

The incident has occurred just five days before the world marks the International Day to End Impunity for Crimes Against Media and is shameful for the country. It is a highly condemnable act and brings to light the situation surrounding the practice of freedom of expression in Pakistan.

“An attack on a senior journalist, in broad daylight within the Federal Capital goes on to show that impunity in crimes against journalists only strengthen anti-democratic forces working to silence independent media in Pakistan”, said Asad Baig, Executive Director Media Matters for Democracy, “We strongly condemn this shameful attack and call upon the government to expedite investigations and bring the culprits to justice.

The attack on Noorani isn’t an isolated incident. The journalist was previously targeted two years ago at his home as well. Talking to Media Matters for Democracy, hours before the attack, Noorani shared that his house in Islamabad had been targeted earlier.

“Media has always been targeted. My home was attacked twice two years ago and our cars were damaged. We did not make it public, but at that time investigations revealed the involvement of PTI supporters”, said Noorani, talking to Media Matters for Democracy hours before the incident.

The alleged involvement of political workers in the previous attack and the nature of the recent attack demonstrate the fact that journalists in Pakistan are under attack from a host of different actors.

“This is the impact of impunity. Once your state demonstrates that crimes against journalists can be conducted with impunity, anyone and everyone who  has an issue with media and journalists is enabled to attack them without the fear of consequences”, says Sadaf Khan, Director Programs, Media Matters for Democracy, “Unless the government actually prioritises bringing perpetuators of crimes against journalists to justice, we will continue to witness such attacks. In this environment where media practitioners are intimidated and silenced, democratic values cannot prevail”.

Following the attack on Ahmed Noorani, political leaders from different parties, including the Federal Information Minister Maryam Aurangzaib has issued a notice of condemnation.

“ There’s no value unless the government actually follows it up with concrete actions to bring perpetuators to justice”, says Asad Baig, Executive Director, Media Matters for Democracy, “We have been urging the Ministry of Information for the special legislation, but the government’s proposed drafts remain focused on pointless issues, completely failing to actually target the root of the problem, the continued impunity”.

Pakistan ranks 139 out of 180 countries on the World Press Freedom Index 2017, complied by Reporters without Borders. This is the second incident of this sort in Islamabad in just two months. In September senior journalist Matiullah Jan’s car was attacked by unknown assailants while travelling from Bara Kahu.