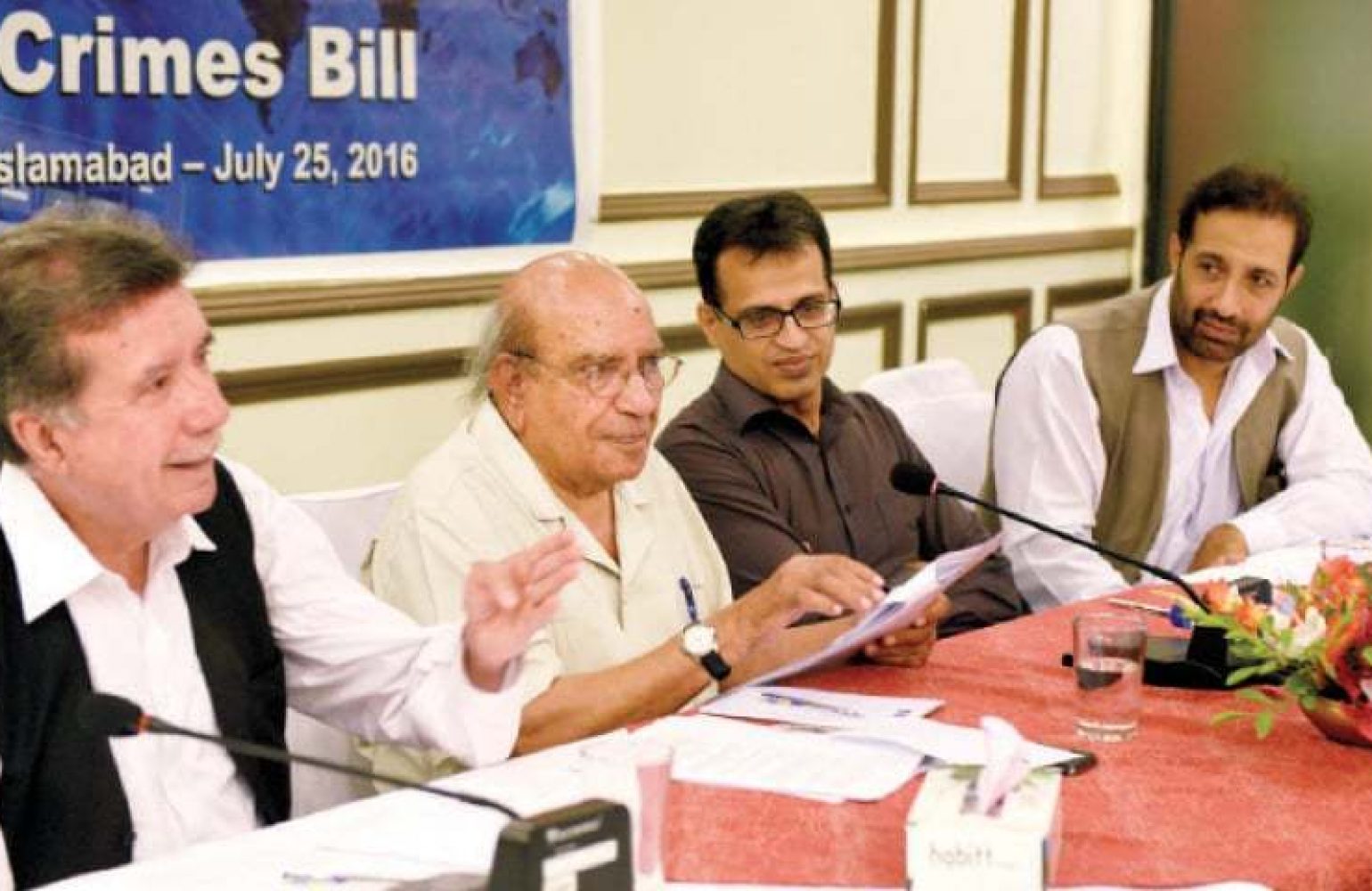 HRCP called upon representatives of various organisations and individuals pushing for reforms in the soon to be passed PECB 2016. The session was moderated by Najam Uddin of HRCP and chaired by I.A.Rehman and touched upon all the contentious sections of the proposed legislation.

Founder and Executive Director of MMfD, Asad Baig expressed concerns on the legislation’s potential impact on journalists and independent journalism in Pakistan. He discussed in detail the section 9, glorification of an offence and hate speech, section 10, cyber terrorism, section 18 and 19 relating to dignity and modesty of a natural person, section 21, cyber stalking, section 28 and 29 relating to expedited acquisition and retention of data and section 34 relating to online censorship.

Referring to a document (authored and) submitted by MMfD to Senate Standing Committee on IT and Telecom, he mentioned that for each of said sections (and more), there were specific recommendations and alternate formulation already suggested to legislators and that they are in the process of review.

He stressed upon the need of a ‘public interest’ defence in PECB 2016, to make sure journalists (working for institutions ‘not’ licensed by PEMRA), their sources, whistleblowers and individuals releasing data in public interest are protected under this legislation.

Sadaf Khan, Director Programs of MMfD shared a brief history of MMfD’s engagement with stakeholders, legislators and policy makers on this legislation and expressed disappointment over the disinclination of the Ministry of IT to remove or reform sections contradicting the very Constitution of Pakistan.

The session concluded with a decision to send a letter from Human Rights Commission of Pakistan to relevant political leaders, and parliamentarians, expressing concerns over the repressive nature of this legislation, asking for adequate reforms.