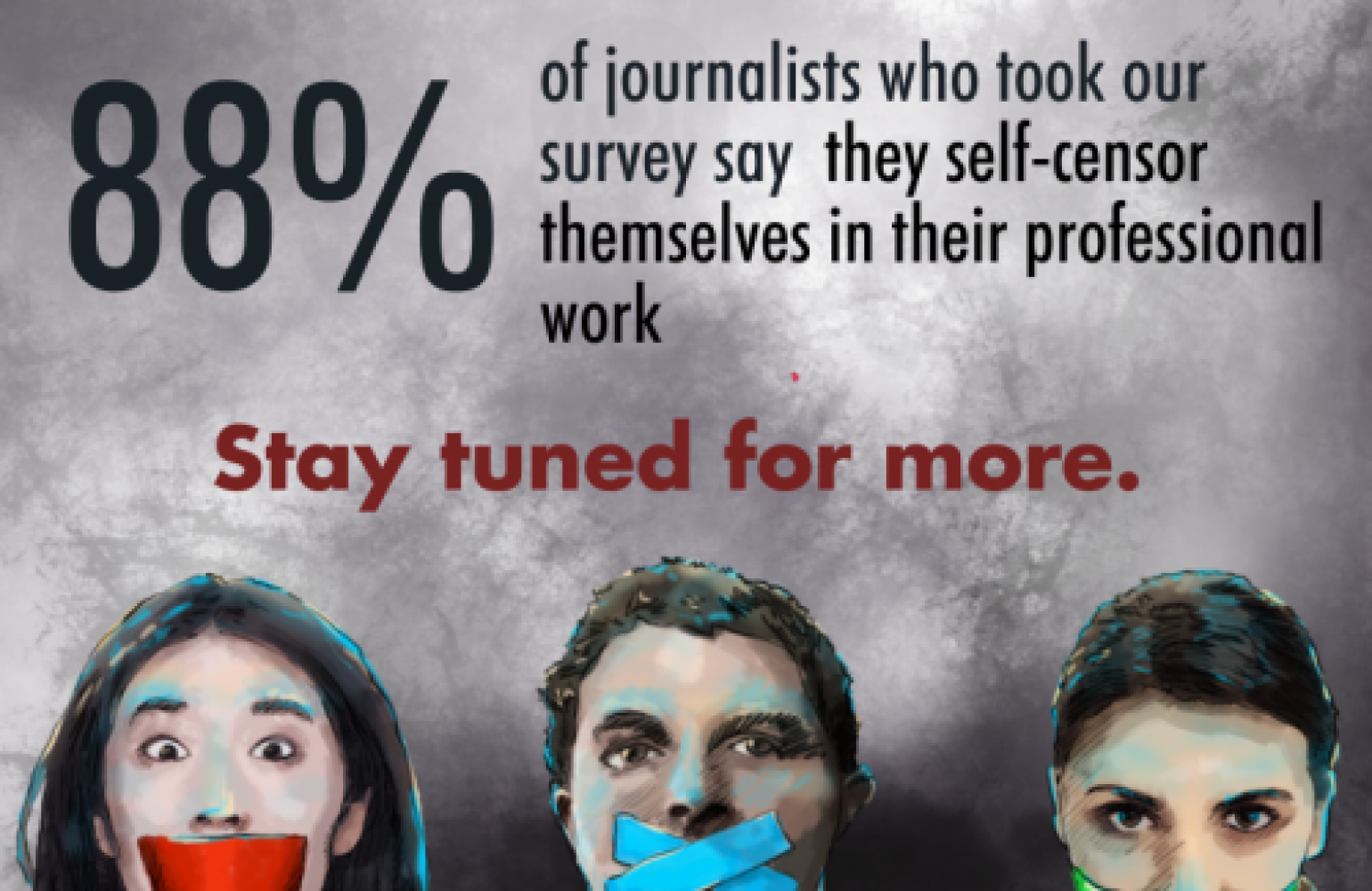 Islamabad, 2 May 2018: As many as 88% of Pakistani journalists, who participated in a new research on self-censorship, were most likely to hold back information related to religious and security matters in their reporting and personal conversations. The journalists also considered the policies of their own news organisations as a major reason for their professional self-censorship. The findings are part of a study titled “Surrendering to Silence: An Account of Self-censorship among Pakistani Journalist.” The research report prepared by Media Matters for Democracy (MMfD) was launched in Islamabad on 3rd May 2018, World Press Freedom Day.

MMfD Director Programs Sadaf Khan said self-censorship has become a “disturbingly noticeable trend” in the Pakistani media but the details of the issue had largely been unexplored.

The detailed findings of the study paint a grim picture of the contemporary press freedom landscape in the country. The key takeaways from the study are:

Around 79% journalists claimed they committed self-censorship in their personal online activity. Exactly half the number of respondents also practiced personal self-censorship offline. The journalists were mostly cautious around strangers and acquaintances on social media and real life.

Eight in 10 respondents blamed the policies of their own news organizations as the reason for self-censorship. This could indicate an organizational culture of self-censorship creeping into the Pakistani press. The other reasons identified by a majority of respondents included sensitive nature of information, national interest, threats of legal action, and threats of physical harm.

Respondents admitted they were most likely to self-censor information and opinions about the military and religion in their professional work and personal conversations. Around 64% and 62% respondents were most likely to self-censor information about the security establishment and religion in professional interactions respectively. Nine in 10 respondents said they would self-censor personal speech due to religious sensitivities.

One-third of the respondents did not know how to use encryption. However, nearly 80% of the journalists said they would like to know more about keeping their digital communication safe.

Only around half of all respondents said they had used a strategy to circumvent professional self-censorship, but one of the top mitigation strategies picked by them was sharing information with other reporters to ensure the news gets reported in one way or another.

The study offers recommendations for the news media, civil society organizations, and political parties. It urges the media organizations and representative trade unions of journalists to put up a united front against self-censorship, conduct safety training for journalists, and develop transparency in their professional work.

The report calls upon the government and political parties to help end impunity in crimes against journalists and embrace press freedom in their political culture.

For civil society organizations, the report recommends more research on self-censorship trends, advocacy about press freedom, and creation of training opportunities for journalists.

The research is based on a survey of 156 journalists from around the country. The respondents represented national, local, and foreign news organizations. The sample covered all types of media (print, broadcast, digital) and several regional languages in addition to Urdu and English.