Media Matters for Democracy, Rozan and Pakistan Coalition for Ethical Journalism mark the launch of ‘Humara Media’ as a social media watchdog on mainstream media 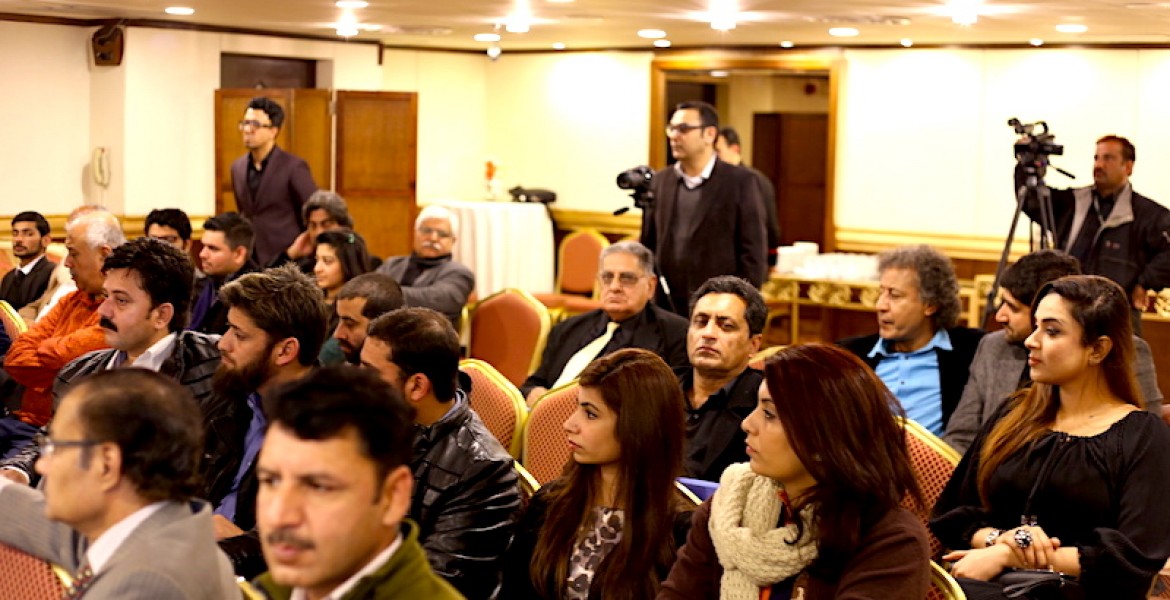 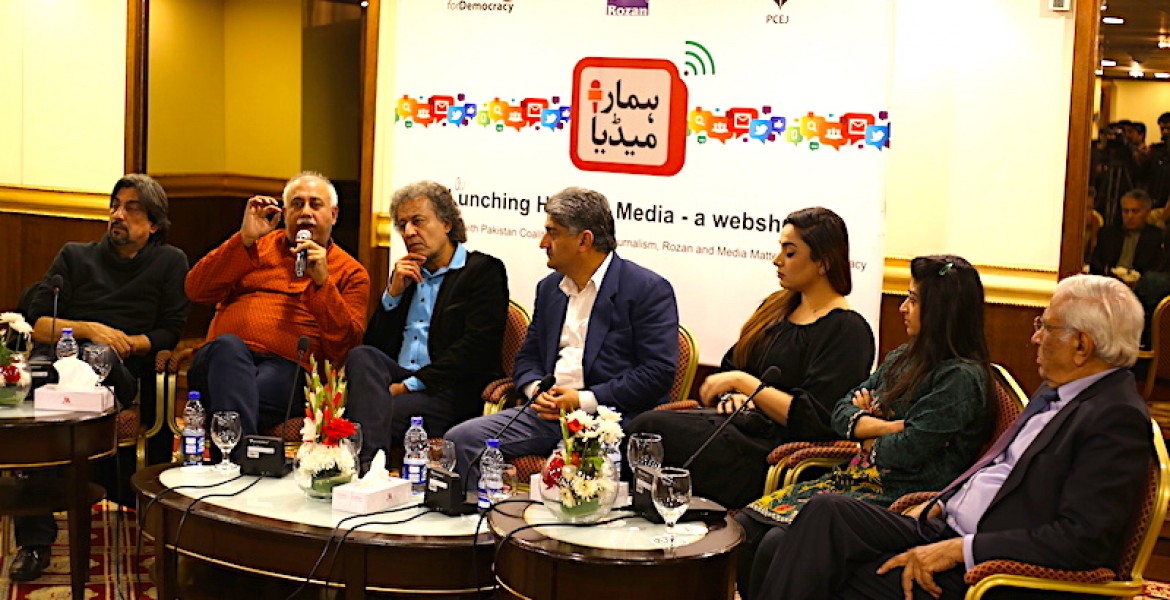 Islamabad, 1 February 2016: Media Matters for Democracy, with support from Rozan and Coalition for Ethical Journalism launches a series of web shows to address the policy and practice issues in the media industry. Humara Media is a web-show, to discuss and openly debate on various policy and practice issues plaguing Pakistan’s media industry, without the usual red-lines of television.

MMfD and Rozan organised a panel discussion to mark the launch of Humara Media as a regular advocacy intervention, and to discuss further the role of civil society in watch-dogging the mainstream media. The event was attended by veteran journalists, anchorpersons, and editors.

Veteran journalist Mohammad Ziauddin said the deadline stress usually contribute to deterioration in quality, but the fast movement scenario has reduced the definition of the ‘news’.

“Now it is a debatable subject to define what is news?” he said adding, “And in the process we see a lot of flaws and violations at the screen.”

The speakers also criticised the media managers for not investing in the human resource and infrastructure, which are essential for producing quality contents.

“I support the idea of providing the real issues and non-sensational news faced by the communities at the web and mobile sets,” said Wusatullah Khan.

Anchors Sattar Khan and Matiullah Jan said the deteriorating standard of talk shows could be gauged from the fact that hosts of infotainment programmes have become analysts.

Humara Media is a sixteen episode series, each episode designed to highlight various issues and challenges that have an impact on the conduct of media industry. It also seeks to highlight the effects of unethical practices of media on the society.

Humara Media is a one of its kind show, attempted for the first time in Pakistan. It brings together senior journalists, writers, media analysis and civil society experts to discuss the industry.

The idea for the show has been conceived by Asad Baig as a member of  Pakistan Coalition for Ethical Journalism, a coalition, that has been trying different venues and approaches to seek improvement in journalistic standards since 2013.