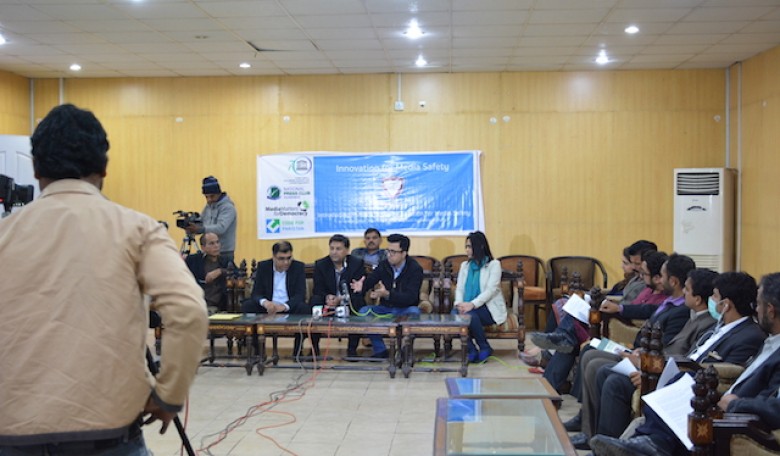 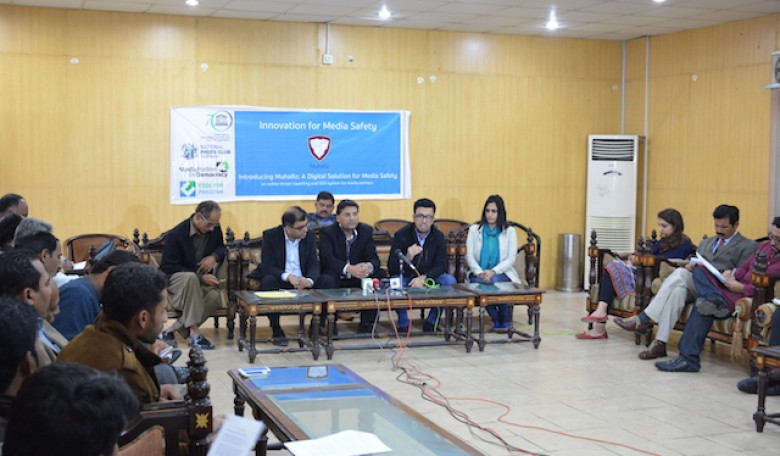 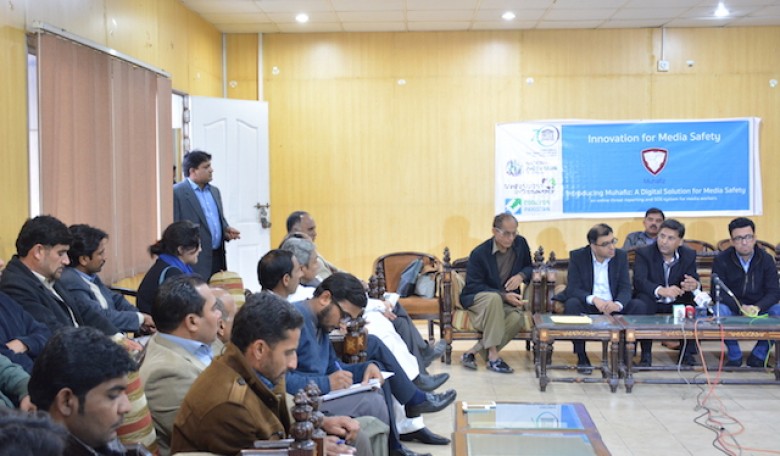 Islamabad November 25 2015: Muhafiz, a digital solution for the protection of journalists has been initiated by Media Matters for Democracy in collaboration with Code for Pakistan, Peshawar Press Club and National Press Club Islamabad.

Muhafiz is a digital safety net, that seeks to streamline the documentation of threats to media workers, crowdsource safety-related information (safety advisories) and act as a connection gateway allowing journalists to seek help in an emergency and to connect with national and international media rights groups working for journalists’ safety. The initiative is currently in the development phase and a limited launch is planned in January 2016.

“We hope that Muhafiz will be able to fill a key gap in media safety initiatives by introducing an easy, effective and secure way to document threats, threat actors and trends affecting media safety in Pakistan”, says Asad Baig, Executive Director, MMfD, “We have collaborated with Code For Pakistan for the development of this tool, and would keep the code open source to allow safety audits from international digital safety groups”.

The design and development of this tool have been supported by UNESCO Islamabad, Pakistan.

“We believe in a free, fair and safe media and are committed to creating an enabling environment for free media to thrive in Pakistan as outlined in the UN Plan of Action on the Safety of Journalists and the Issue of Impunity. We believe there is a gap between threat reporting and response, and Muhafiz is one initiative that aims at closing that gap” says Ms. Vibeke Jensen, UNESCO Representative to Pakistan.

In its pilot phase, Muhafiz will be tested in Peshawar, with a select group of Khyber Pakhtunkhwa and FATA based journalists. Eventually, the tool will be scaled on a national level.