Leadership of Pakistan Federal Union of Journalists and National Press Club on the call of Media Matters for Democracy took to streets to protest against cyber crimes bill; demand reforms 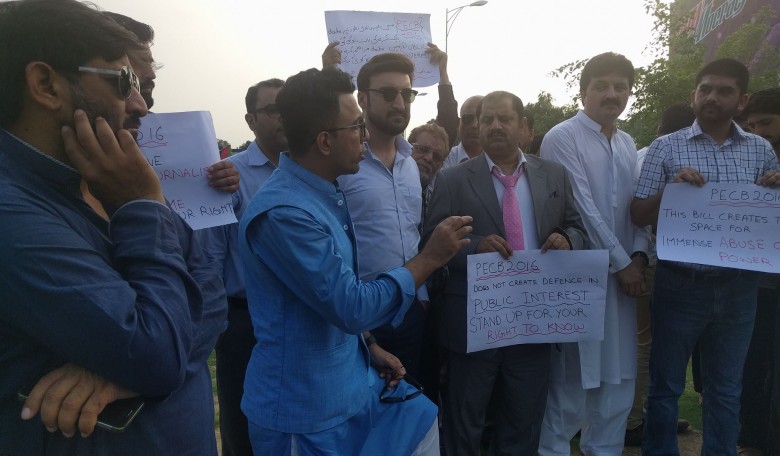 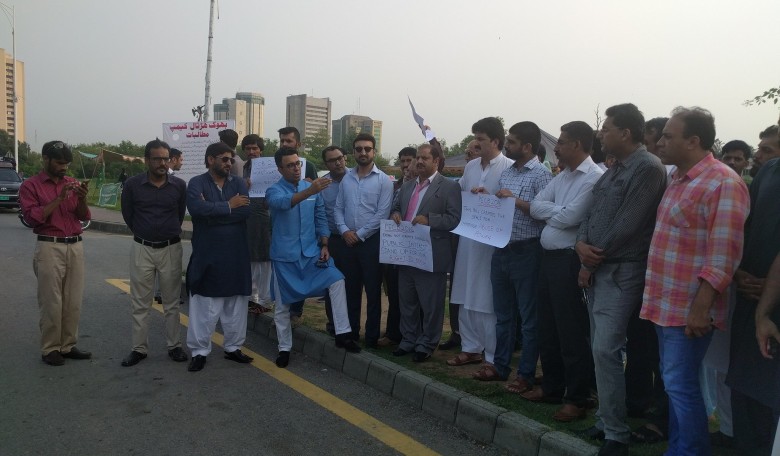 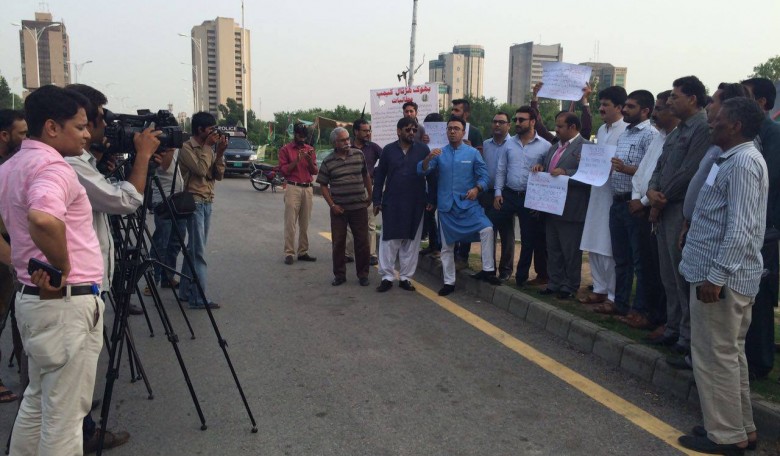 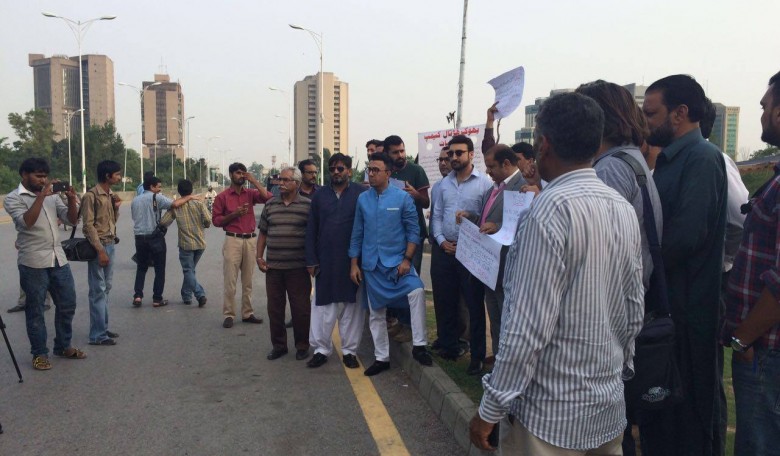 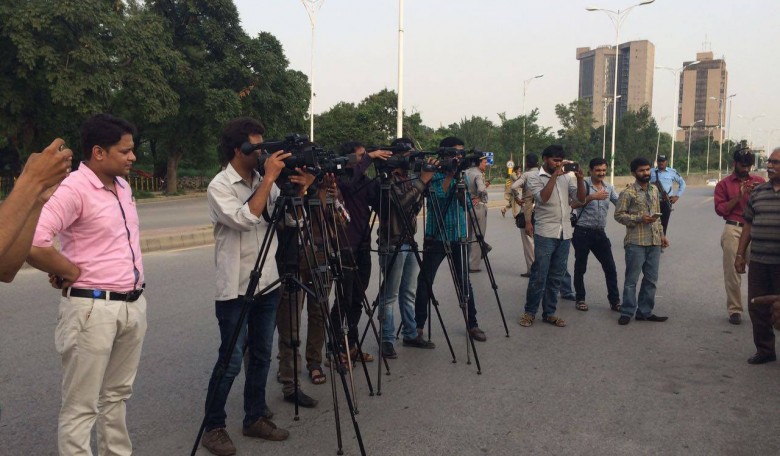 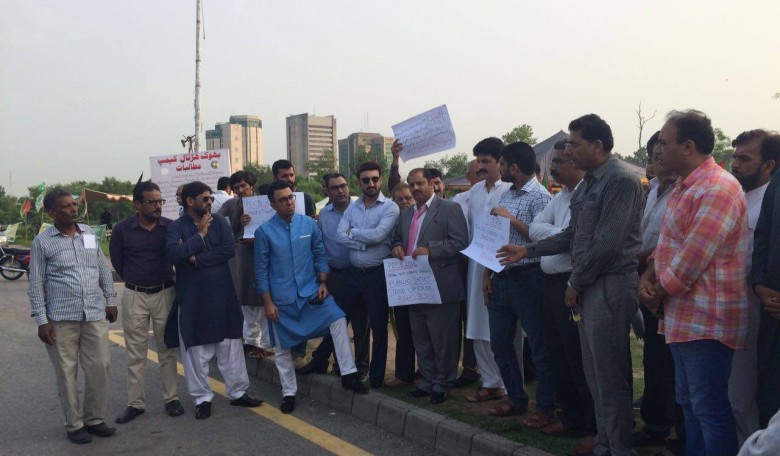 Islamabad, 26 July 2017: The leadership of the Pakistan Federal Union of Journalists, National Press Club and civil society members on the call of Media Matters for Democracy took to streets to protest the negative implications of proposed cybercrimes bill on journalists and journalism in Pakistan.

The protest demonstration was held in front of the National Press Club in Islamabad and was called as a part of ongoing advocacy for amendments in a draft of cybercrime legislation. MMfD remains concerned about possible implications of the cybercrime law on the practice of journalism in the country.

“The law includes various sections that will criminalize access to information and its publication. There is no public interest defense included, which will implicate both journalists and their sources”, said Asad Baig, Executive Director of Media Matters for Democracy, “Most alarming is the fact that cyber terrorism in this draft is defined in the context of information and speech and carries a life sentence. It is extremely concerning to see the government’s continued denial of civil society concerns”.

Speaking at the protest multiple journalists expressed grave concerns about the government’s apparent attempt to curb media freedoms through this law.

“The Pakistan Federal Union of Journalists has seen worse times than this. We have resisted the actions of dictators and will continue to resist dictatorial attitudes, even if they are displayed by democratic governments”, said Afzal Butt, President PFUJ, “The cybercrime bill is unacceptable in this form. PFUJ calls upon the government to pay heed to the very serious concerns media fraternity has raised”.